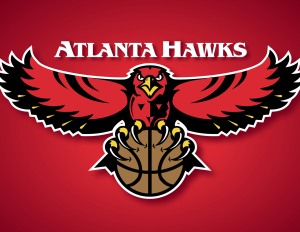 According to USA Today, The Atlanta Hawks disciplined general manager Danny Ferry after a comment made about basketball player, Luol Deng. This comes on the heels of reports that Hawks co-owner Bruce Levenson wrote a “racially offensive” e-mail and has agreed to sell his stake in the team.

Reported in many Atlanta media outlets that a letter from Hawks co-owner Michael Gearon Jr. states that Ferry says that Deng “has a little African in him.”

The letter dated June 12 to co-owner Bruce Levenson said Ferry went on to say, “Not in a bad way, but he’s like a guy who would have a nice store out front and sell you counterfeit stuff out of the back.”

Ferry apologized but said he was only repeating what he had heard about Deng.

“In regards to the insensitive remarks that were used during our due diligence process, I was repeating comments that were gathered from numerous sources during background conversations and scouting about different players,” Ferry said in a statement released by the team.

“I repeated those comments during a telephone conversation reviewing the draft and free agency process. Those words do not reflect my views, or words that I would use to describe an individual and I certainly regret it. I apologize to those I offended and to Luol, who I reached out to Monday morning.”

Hawks CEO Steve Koonin has imposed an undisclosed discipline on Ferry for the comments.

Mitzi Miller: Jets to Uplift and Enhance the Ebony Brand