Army Suspends Tuition Assistance for Soldiers Due to Sequester 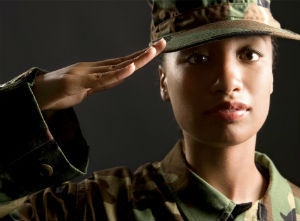 TheÂ army announced Friday that it is suspending its tuition assistance program indefinitely effective March 8, 2013 due to the sequester, NBC Latino reports.

A statement on the GoArmyEd website read in part: “Soldiers will no longer be permitted to submit new requests…However, soldiers currently enrolled in courses approved for tuition assistance are not affected, and will be allowed to complete current course enrollment(s).Â This change in the Army tuition assistance program applies to all soldiers, including the Army National Guard and Army Reserves. The Army understands the impacts of this decision and will re-evaluate the decision if the budgetary situation improves.â€

Servicemen and women who enlisted in the Army had the advantage of receiving tuition assistance. Last year, the program helped soldiers with $373 million dollars and $620,000 courses.

Former Essence EIC Says She Was Forced Out by White Management