I’m talking about the scrub described in the TLC song lyrics: “Sitting on the passenger side of his best friend’s ride, tryin’ to holla at me.â€ Don’t act like you don’t know who I’m talking about. The scrub they describe is living in his momma’s basement, takes his dates out on the bus or his bike and never has any money. The larger question is, is this term and description applicable to all black folks?

Before you ladies start tripping, I am not just referring to black men. In 2004, while speaking at a Dr. Martin Luther King Holiday event, Harvard Professor Dr. Charles Ogletree Jr. said that “(Blacks held) 1% of the nations wealth in 1865, and 1% nowâ€. In other words, we hold the same percentage of wealth now that we held at the conclusion of slavery! Even if we assume that Ogletree’s stats are a bit off, I would be willing to bet that he isn’t far off. Black people are sitting in the passenger side of American wealth.

You’re thinking: How is this possible? We have improved exponentially. We have Oprah, Bob Johnson, Shaq, and Cosby; how is this wealth disparity possible? Black folks are arguably the descendants of the strongest people to walk the earth, a people who survived that free Caribbean cruise from the west coast of Africa. Black Folks in America have huge attributes like forgiveness, love, innovation, creativity, athleticism, and the list goes on. Black folks have a lot of things–except wealth.

In my financial advisory practice (www.PolarisAdvice.com), I get a front row seat to the insanity. I did an interview for another publication, and the interviewer was asking me why, based on a study, African American’s savings rate was so much lower than the general population. My answer included the disparity in wealth as a major reason, with a few examples. The fact that we generally earn less, require school loans more often, and rarely inherit wealth are huge factors. I did not share the participation in insane behavior with this publication since it is a “majorityâ€ publication. I will, however, add insanity as a major factor as I’m addressing the Black Enterprise audience. If you don’t know the definition of insanity, stop reading and ask someone right now. We need to collectively stop acting in an insane manner.

The solution to this insanity is way more than I can discuss here–you’ll have to wait for my book. I will, however, share a few easy ideas.

Black folks will stop being scrubs when we realize that wealthy people are wealthy because the have a lot of money, not because they spend a lot of money. A big part of keeping the money is by spending it among ourselves. 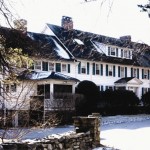