Earlier this month, Trump signed an executive order that calls for industry to develop apprenticeships under regulations proposed by the U.S. Labor Dept.

But Aon, a professional services firm with offices across the U.S., has developed such an outstanding apprenticeship that the Labor Dept. may want to base its regulations on the industry leader as an exemplar.

Aon’s Chicago office has partnered with Harold Washington College City Colleges of Chicago to create an exceptional apprenticeship. The apprentices work at Aon full time but also pursue an associate degree in applied science at Harold Washington. It’s a win-win-win and one that I hope more companies will develop.

From Security Guard to Aon Professional

Ed Richardson, one of 26 apprentices in the program’s freshman class, impressed me with his intelligence and drive. As a security guard at a Caterpillar plant, he would talk with the workers.

“I would ask how they got their jobs, and they told me they had had apprenticeships.”

He had never heard about apprenticeships at his high school.

Richardson knew he had neither a college degree nor any training, so he set up a job search on Indeed.com using words like “trainee,” or “apprentice”—and soon learned about the Aon opportunity.

The experience has been life-changing. Richardson and the other apprentices—almost all of whom are Hispanic or black—work 28 hours a week and carry a 12-credit hour class load—and a six-credit hour load in the summer. The apprentices are paid and have full benefits, and in January 2019, they will have earned their associate degrees.

Richardson is thriving. He’s given speeches before the Aon CEO and other business leaders, and he’s earned a 4.0 at Harold Washington.

The Secret to this Program’s Success

Paul Thompson, a Harold Washington dean who manages the apprenticeship for the school, a minority-serving institution, told me in an e-mail that the program’s career aspect is key.

“What makes this program so extraordinary is the career opportunity available to the students. By providing an apprenticeship with tuition, full-time compensation, an AAS degree, and a full-time job upon completion, you have created an opportunity like no other in the marketplace where students compete for the slots, recognize the potential of the opportunity, and take full advantage to maximize their professional returns,” Thompson says. “It’s a high bar and our apprentices are all rising to the occasion. If we continue to support them and give them the right set of experiences along the way, there is no limit to their success.”

Thompson also says that the apprentices are making good progress.

“They have all grown both personally and professionally. Many of them have represented the program in meetings with the Department of Labor in Washington, D.C., with local congressmen, on local television news programs, and in other public-facing venues. They have continued to impress us with their poise and enthusiasm. They are also strong academically, posting a Spring semester 3.5 grade point average, nearly a point above the student average in the same term.”

Richardson says that all full-time Aon employees are offered tuition reimbursement, so he is considering going on for a bachelor’s degree or higher. He says he is now networking with Aon employees, whom he describes as excited about the apprentices’ success, to figure out his career map.

“I’m putting everything I’ve been taught into effect,” Richardson says, and Bridget Gainer, Aon’s vice president of Global Public Affairs, agreed by way of e-mail that Aon employees are thrilled with the apprentices.

“They’re very excited. It’s amazing to see team managers and mentors at Aon take time to mentor, encourage, and support the apprentices. Every day, we are seeing more managers get involved and interested in having an apprentice join their team,” Gainer says.

Richardson told me that an Aon executive had said that the apprenticeship isn’t about charity, it’s about talent. I asked Gainer to elaborate.

“The apprentice program began with Aon taking a hard look at our entry level jobs—which positions needed a four-year degree and which did not. What we found was that the ones that did not need a degree also had really high turnover. The managers were very interested in an employee that might start out with fewer skills, but could be trained and stay in the position longer. It was a win-win.”

She adds, “We could not have asked for a better first class as they are already making a great impact at Aon and across Chicago. Our hope is that all of the apprentices stay at Aon and grow their career here. We will be hiring 25 new apprentices every year for the next four years.”

It looks as if Aon has developed a great talent pipeline. 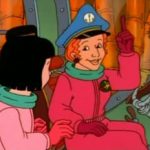 Where Is Ms. Frizzle When We Need Her? 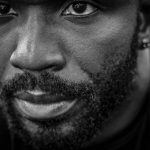