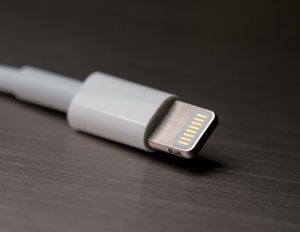 With Apple buying Beats for $3 billion, the company no doubt wants a return on its investment. But will headphone licensing pay off?

Your next headphone purchase could be Beats or nothing, if Apple’s alleged headphone plan becomes reality.

According to 9to5Mac, Apple updated its Made-For-iPhone/iPad/iPod (MFi) guidelines, the rules used to create Apple-approved accessories, with a specification that would allow headphones to connect to Apple devices through the Lightning connector instead of the 3.5mm headphone jack.

With the headphones running through the Lightning port, Apple could remove the 3.5mm jack and have more room for components like a larger battery or better camera. It could also give headphones more functionality, with the ability to launch specific apps, or provide information to Apple devices like heart rate data.

If Apple goes forward with this proprietary headphone connection, it could explain why Apple bought Beats for $3 billion. The headphone company dominates the high-end headphone industry, and has tons of popularity among celebrities, musicians, and artists.

Apple’s never been one to shy away from changing standards in the name of innovation. It abandoned its own 30-pin connector made famous thanks to the iPod and iPhone in favor of a new, smaller, more versatile Lightning connector. It did away with media-centric FireWire connector for the more capable Thunderbolt connector used on its desktop and laptop computers.

There are multiple reasons why Apple would use the Lightning cable to act as a headphone jack, but a very important one could be licensing fees. Apple has control of the connector, and accessories that aren’t certified will not work with Apple’s devices. It’s another revenue stream for the company, and it would help them provide a more controlled and insulated experience for its consumers while reaping the benefits of higher income.