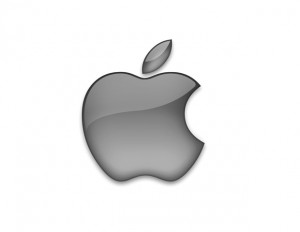 As predicted, Apple posted strong and, in some cases, better-than-expected numbers during its second quarter earnings report on Monday.

[Related: 6 Apple Watch Apps Perfect for Women on the Go]

According to Boy Genius Report, the tech giant’s earnings were up $2.33 per share as revenue climbed to $58 billion. Analysts had predicted figures of $2.14 and $55.96 billion, respectively. Revenue was up 27%, according to the San Francisco Chronicle.

That number was partially boosted by the 61.2 million iPhones sold during the quarter, up an astonishing 40% from just a year ago, the Chronicle reports.

It also ended the first quarter of 2015 with $194 billion in cash and investments–up 8.6% from last quarter, according to USA Today, and more than any other non-financial company in the Standard & Poor’s 500. Apple had additionally announced intentions to return some $200 billion back to investors through a capital return program by March 2017, Forbes reports.

The company also revealed that sales in China eclipsed the number of devices sold in the U.S., the New York Times reports, up 71% in year-to-year comparisons in the territory that also includes Hong Kong and Taiwan. Revenue from China last year in the same quarter had been $9.84 billion compared to $16.8 billion this year, CNET reports.

This as CEO Tim Cook touts the momentum of Apple Pay, the mobile payment system that recently found support from Best Buy, which will allow transactions to be paid by the service this year, according to the Times, and Discover Financial Services, which, Forbes says, signed an agreement with Apple to allow Discover card users in the U.S. to set up contactless payments starting in the fall.

One downer of the Monday’s report: Apple sold 12.6 million iPads in the quarter, leading to $5.43 billion in revenue, according to Forbes. But as impressive as that number is, sales for the device were down 22% from a year prior. Analysts had predicted sales of nearly 14 million units. Blame for the numbers was placed on the company not being able to keep up with demand and the debut of the larger-screened iPhone 6 and 6 Plus.

CNET also reports, Cook has remained mum on what sales of the newly released Apple Watch have been. “Right now demand is greater than supply so we are working hard to remedy that,” Cook reportedly said during the earnings call. “I’m generally happy how we’re moving on with the ramp.” The Wall Street Journal also notes that Apple said it would not release breakout numbers of sales for the device, unlike it had done in the past for iPhones and iPads.

#BESMART: Check Out This Special Portal for Minority Students, Educators and Parents