Anita Hill Pushes for Equality in Workplace for Women [Interview] 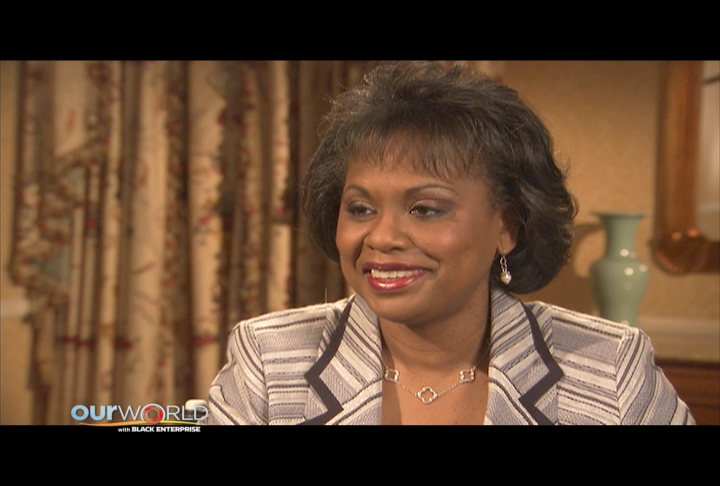 In 1991, Anita Hill was swept into the national spotlight for her role in the confirmation hearings of then Supreme Court nominee Clarence Thomas. Her controversial testimony brought the topic of sexual harassment in the workplace to the forefront of American consciousness and ignited a fierce debate, which still rages today. This weekend on an all-new Our World with Black Enterprise, host Marc Lamont Hill caught up with the attorney, author and academic on location at the Black Enterprise Women of Power Summit hosted by State Farm to talk race, gender equality, and how she’s stepping back into the spotlight with her new book, Reimagining Equality.

On the Clarence Thomas testimony that propelled her into the national spotlight:

“I stand by that testimony. It was the right thing to do.Â  I’ll tell you why. People say it was a sexual harassment claim, but really it was testimony about the individual who was going to be appointed for a lifetime position.

“70% of people [after I had testified] rejected my testimony. I don’t think those numbers were the same in the situation involving Mr. Cain. I think that many, many people believe the allegations of those women who came forward. I think it is evidence that the public has learned.

On her unwavering optimism:

“In two generations, my family moved from being property to owning property. It’s inspiring. [I’ve] seen so much positive change just in my lifetime and in the lives of people I love.  If you can’t be optimistic, you’ve already lost.

Plus, we catch up with the legendary philanthropist Rachel Robinson for an intimate visit. At 90 years-old, this female phenomenon is still going strong with her governance of the Jackie Robinson Foundation, which has assisted over 1,400 college scholars with over $30 million in financial support since 1973. Never satisfied to sit on the bench in the dugout, she continues to honor her legendary husband with plans to open The Jackie Robinson Museum in New York City.

Our World with Black Enterprise airs this Sunday at 10:00 a.m. on TV One and on local stations across the country. Â Check your local listings and visit dev.blackenterprise.com/ourworld for additional time and station information.