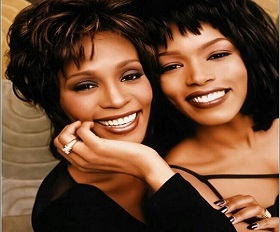 Lifetime network has announced they are working on a biopic film of the late and great Whitney Houston’s life with her former Waiting to Exhale co-star, Angela Bassett tapped as the project’s director.

Set to chronicle the ups and downs of Whitney’s life and her tumultuous relationship with Bobby Brown, the film will test Bassett’s behind-the-scene skills as it will serve as her directorial debut.

“I have such regard for both Whitney and Bobby’s amazing talents and accomplishments, and I feel a responsibility of telling this story,â€ Deadline reports the actress saying. “Their humanity and bond fascinate us all.”

With a tentative title of Whitney Houston, there’s no word on who will be cast in the film that’s slated to premiere in 2015, but we do know that Bassett is beyond excited about the project as she sent out the below tweet.

iPhone Switchers Are Losing Texts Thanks To Apple

Avoid a Vacation Rental Rip Off