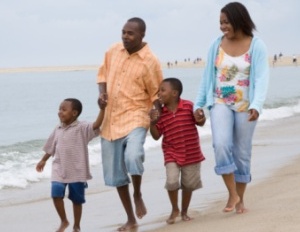 Americans took less vacation time this year than they did last year, receiving, on average, 12 vacation days in 2012. Most used an average of 10 of those days. In 2011, Americans had 14 vacation days, according to an Expedia survey.

The economy is a large factor why people are re-thinking taking time off. Jobs are growing slowly, but people are returning to the workforce in different capacities.

“People newly back in the work force are starting at the front end of that vacation accumulation,” Sarah Keeling, Expedia’s director of communications, told CNN Money. “If you look at the national economy and the history of jobs in the last few years that adds up and can shift a study like this.”

Europeans, which receive nearly 25 to 30 vacation days, possess the gold standard as it concerns labor reprieve.

“In Europe [vacation time has been] part of national policy for so long they would really just not think of it another way,” Keeling said. “[In North America] it’s much less of a birthright and much more… optional.”

Head over to CNN Money for more.

Say Goodbye to Your Twinkies and Wonderbread