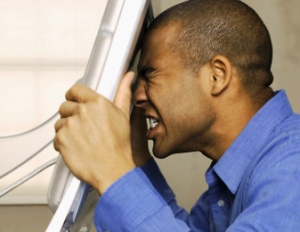 Americans are still living paycheck to paycheck, but in this economy that is a great thing, according to a recent study.

Staying afloat is the top financial priority for Americans, according to Bankrate’s November Financial Security Index. Nearly a third of Americans, 32 percent, say that just staying current or getting caught up on bills is what matters most, according to the Index.

“This is a wise decision, both practically and financially. Falling behind on payments can easily snowball out of control, making a bad financial situation worse,” said Gail Cunningham, vice president of membership and public relations of the National Foundation for Credit Counseling in the report.

Others feel that getting a wrangle on debt is what’s most important. Almost a quarter of the country, 23 percent of people, say that paying down debt is their top priority.

“This is great news. Even if they are having trouble, they are thinking of paying down their debt,” said Sugato Chakravarty, Ph.D., professor and head of the department of consumer sciences and retailing at Purdue University in the report. “It is to me an encouraging sign that people are taking their financial obligation quite seriously. And maybe even not doing other things in favor of paying down their debt.”

On the flip side, 50 percent of those that say they’re barely making ends meet are unemployed, and 22 percent are retired. Inflation is making purchasing day-to-day necessities difficult, even for those who thought they planned and prepared but lost it all when the markets crashed.

Read the full study at Bankrate.com.

Allen Iverson Still Spending Money Like He’s in the NBA