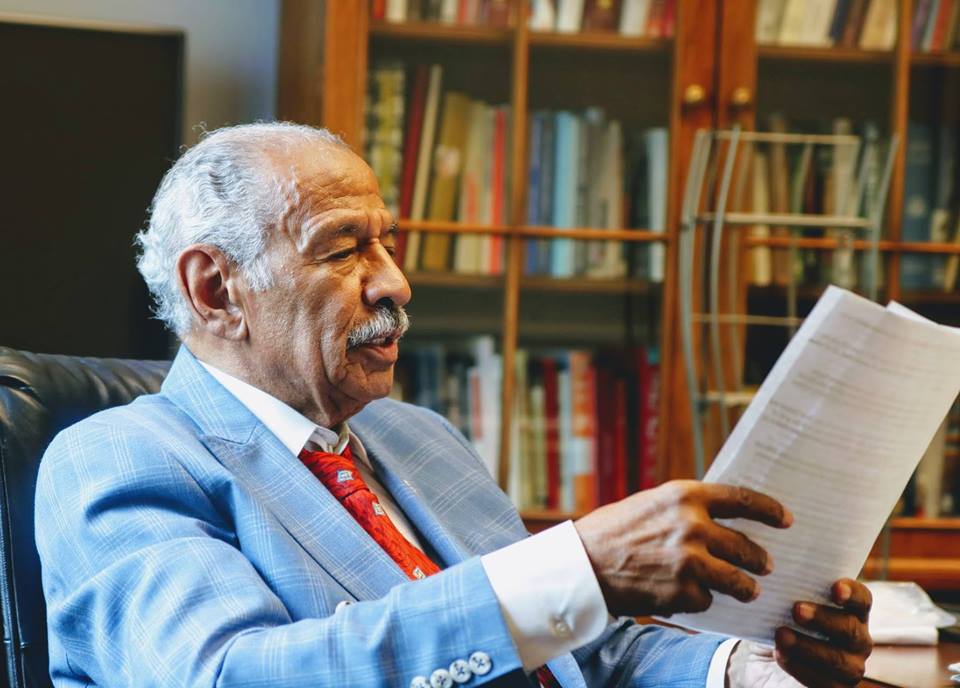 Over the weekend, America lost a true champion for the black community. Rep. John Conyers Jr., former Congressman for Michigan’s 13th District, died at the age of 90 two years after retiring from his seat. Conyers was a co-founder of the Congressional Black Caucus and made history as the longest-serving African American in congressional history. He served for 52 years.

Today, the world remembers Conyers for his contributions to American history as a leader within the civil rights movement, a critical voice, and a man of stature.

In a statement released by Former President Clinton and Secretary of State Clinton, they shared these sentiments;

“John Conyers was a champion for justice and equality who spent more than half a century in Congress fighting for the people of Detroit and beyond. He made our country stronger in many ways, including co-sponsoring the Voting Rights Act and taking a crucial role in the creation of Medicare. And as the ranking member of the Judiciary Committee during another period of extreme division, he rose above the fray time and again to defend the facts, the law, and the Constitution. He had great gifts of intelligence, knowledge, and determination and made the most of them. Hillary and I send our thoughts and prayers to his family.”

We took to Twitter to see how others are celebrating the life of the late leader and here is what others are saying:

Unable to find work, Rosa Parks moved to Detroit in 1957, and in 1965 John Conyers hired her as a secretary and receptionist for his congressional office. She held this position until she retired in 1988. pic.twitter.com/PqMXezkAIh

John Conyers was elected to Congress in 1964, co-sponsored the Voting Rights Act of 1965 and introduced the first bill to create a federal holiday honoring Martin Luther King Jr. He also sat on the House Judiciary Committee during the Nixon impeachment.https://t.co/XkGUEihcGl

READ: My statement on the loss of a civil rights icon and visionary who will forever be our Congressman in the city of Detroit: John Conyers Jr. pic.twitter.com/mU5FI3tBtO

Saddened to hear of the passing of Congressman John Conyers. He was a tireless advocate for racial and economic justice for more than 50 years. As a CBC co-founder, he focused the nation’s attention on inequality and so many overlooked issues. My heart is with his family today.

We remember the life and legacy of Congressman #JohnConyers.

Congressman Conyers introduced the King Holiday bill shortly after #MLK was assassinated and every year thereafter until a holiday bill was passed. He was a co-founder of the Congressional Black Caucus. pic.twitter.com/9F27xc4FBA

Rep #JohnConyers and his decades-long elevation of reparations bills in Congress were acknowledged at the start of this year’s Reparations Hearing in the House of Representatives. #RestinPower pic.twitter.com/WEOSbw8DtU

Today, the last of the 13 founding members, John Conyers Jr., of the @TheBlackCaucus passed away.

“The sooner we get organized for group action, the more effective we can become.” – Congressman Charles Diggs, CBC cofounder.

Our community must continue to fight for civil rights. pic.twitter.com/c7XJDQxzrT

It goes without saying that Conyers left his mark on the world and he will be missed by many. 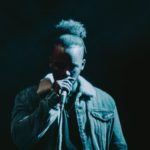 And the Winners of Rap Competition to Boost Financial Literacy Are…