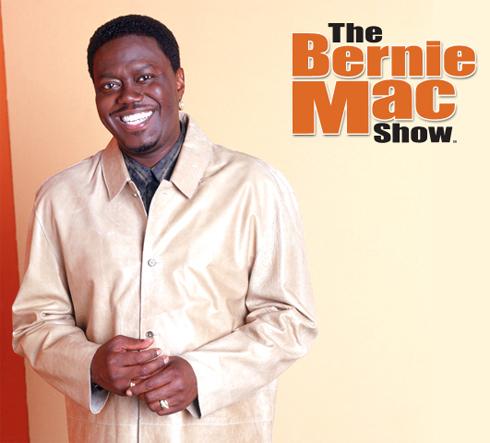 Actor and funnyman Bernie Mac, whose career launched into high gear as one of four “Original Kings of Comedy,â€ died Saturday morning at the age of 50 in a Chicago-area hospital from complications of pneumonia.

The comedian appeared in the top selling Ocean’s Elevenâ€movie trilogy and won a prestigious Peabody Award for his sitcom The Bernie Mac Show.

In a statement from Los Angeles, his publicist Danica Smith said that although he suffered from sarcoidosis–an inflammatory lung disease–that the disease went into remission in 2005, and the pneumonia was not related to the disease. Smith said no other details were available and asked that his family’s privacy be respected.

Recently, during a surprise appearance at a July fundraiser for Democratic presidential candidate and fellow Chicagoan Barack Obama, Mac’s brand of comedy earned a rebuke from the Obama campaign because he used occasional crude language and joked about menopause, sexual infidelity, and promiscuity.

That shocking brand of comedy also got him a Grammy nomination for best comedy album in 2001 along with his The Original Kings of Comedy co-stars, Steve Harvey, D.L. Hughley, and Cedric the Entertainer.

“It was the biggest-grossing comedy tour in the history of comedy to date,â€ said Harvey in a recent interview. “Bernie was the anchor of the Kings of Comedy Tour [meaning] he went up last. No matter how funny we were. No matter what level we had taken the crowd to, Bernie would go out there every night and find a way to get on top of all of that and do his thing. He’s a bad boy.â€

Recently talks had surfaced about doing another Kings of Comedy tour, but Bernie’s people said that he didn’t feel like touring. Harvey says the others considered continuing without him, but those thoughts didn’t last long. “I can’t imagine that without him. We scrapped the idea. Bernie is not a replaceable guy,â€ said Harvey describing Mac’s comedy as “explosive.â€

Harvey says the news of Mac’s death “knocked the air out of himâ€ and “flattened him.â€

“Bernie is a brother who would forge through a lot of hardships. Even through his own illnesses. He would never complain,â€ says Harvey. The highly acclaimed The Bernie Mac Show, a Fox television series about a man’s adventures raising his sister’s three children, aired more than 100 episodes from 2001 to 2006. The show, which some said transcended race and class, garnered Golden Globe and Emmy nominations for Mac, who grew up in an impoverished neighborhood on Chicago’s Southside.

Many will remember him as a television father figure, but not too many knew that Mac had been married to the same woman, Rhonda McCullough, for 25 years. “Bernie would want to be remembered as a great father and a great husband,â€ says Harvey.

Mac has starred in some of Hollywood’s top performing movies with A-list actors including the Ocean‘s series which starred academy nominated actor Don Cheadle, Brad Pitt, and George Clooney. He also played

One on One With Michael Baisden