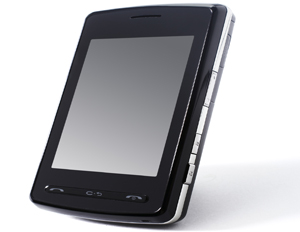 While the cards haven’t all been laid out on the table, word surfaced late yesterday that Amazon is working on a new smartphone that would rival with the iPhone and Android smartphones, according to Bloomberg.com.

Although the rumor mill is always turning in the tech world, news of the Seattle-based company’s smartphone project doesn’t come as a huge surprise. Citigroup analysts Mark Mahaney and Kevin Chang stated an “Amazon smartphone may be coming next year,â€ back in November of last year, after supply-chain checks with Chinese hardware manufacturers surfaced. In addition, the findings linked Foxconn as one of Amazon’s development partners, which has been confirmed by Bloomberg’s sources.

If the rumors are accurate, the Amazon smartphone will face stiff competition. Samsung and Apple shipped nearly 400 million smartphones and mobile devices in the first quarter of this year, according to market researcher IDC.

Careers in Faith and Religion: A Woman’s Story of Balancing Ministry and Entrepreneurship

How We Compiled the 40 Best Companies for Diversity