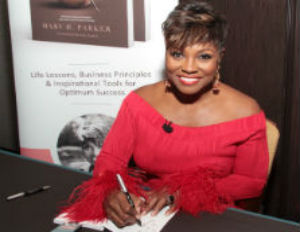 The Mary Parker Foundation provides scholarships and social support to students who have been recommended by their communities.

Mary Parker, a successful businesswoman and founder and CEO of All N One Security, founded the nonprofit three years ago. So far, it has given out $91,000 in need-based scholarships to 24 students attending 17 colleges and universities across the nation.

Parker’s parents were sharecroppers in rural Mississippi. Her Â mother was illiterate. There were nine children, two parents, and a grandparent to support. Understandably, her father wanted to take the first three children–Mary and two of her sisters–out of school when they were old enough to work. They would earn an extra $2 to $3 a week to help support the family.

But Parker says her mother was adamant that not happen.

“‘My girls will not go to the fields,’ Mother said. ‘They will get an education.’â€

Because of her mother’s conviction, Parker remembers thinking as a little girl, This must be something that’s very good for us.

Today, Parker has her own convictions about education: “No child should ever have to compromise their education because they don’t have enough money. We as a community collectively have enough resources that we can educate our children.â€

Parker’s vision for the foundation is rooted in her childhood. “We were never homeless, without food, or without clothing,â€ sheÂ says. “In the community, whoever had–whether it was sugar or hand-me-down clothes–dispersed it throughout the community. We all had more than enough.â€

Through her foundation, students mentor other students. “College grads come back every year to talk to the incoming freshmen. They share their experiences, pitfalls to avoid, and the importance of developing relationships early with their counselors and professors.â€

Parker relishes her role as benefactor. “I go to their schools, I attend graduations. Before their proms I’m right there with the family cheering them on and seeing them off. We’re not just an organization that gives them money and forgets about them.â€

We Must Be Better

Parker doesn’t teach her scholars to strive to be equal. “We’re never going to be treated equally,â€ she says. Instead, she exhorts them to be better.

“Everyone else is ahead of us, and who isn’t is right at our heels,â€ she says. “We have to be better.â€

For more information about the Mary Parker Foundation, to purchase tickets to its June 4 gala, or to donate, go to its website.