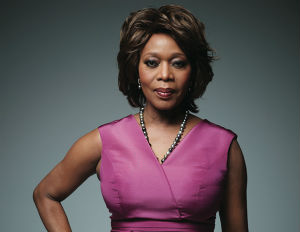 Woodard joins Renee Powell, golf pioneer and first African American woman to be inducted into the Royal and Ancient Golf Club Saint Andrews; Vanessa Williams, actress, singer, and author; N. Joyce Payne, Ph.D., founder of the Thurgood Marshall College Fund; as this year’s Legacy Award recipients. Along with these women, Woodard has blazed trails in her industry and continues to inspire those who have come behind her.

[Related: Sheila Coates on Being Your Own Brand]

With an extensive acting career spanning more than 39 years, Woodard stands as a versatile and accomplished actor with multiple memorable roles. Many may recall Woodard for her work on Hill Street Blues for which she earned her Primetime Emmy Award;Â L.A. Law;Â Cross Creek;Â The Piano Lesson;Â Down in the Delta;Â Star Trek: First Contact;Â State of Affairs;Â Love & Basketball;Â 12 Years a Slave;Â Desperate Housewives, American Violet;Â True Blood;Â BlackEnterprise.com personal fave, Crooklyn;Â and countless other film and television appearances. She is currently working on film drama, So B. It, based on the 2004 novel by Sarah Weeks and upcoming Web television series Luke Cage, developed for Netflix.

For information on the 2016 Women of Power Summit including sessions, speakers and performers click here. Be sure to check back as updates are announced.