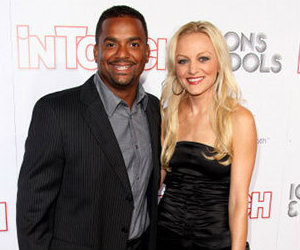 Child star turned successful sitcom actor, Alfonso Ribeiro, best known for his role as Carlton Banks on The Fresh Prince of Bel-Air, married for the second time over the weekend.

He married his fiancee of three months, Angela Unkrich.

“Last night I got married to the most incredible woman in the world,â€ Ribeiro tweeted Sunday.

Unkrich herself tweeted, “1st morning waking up as Mrs. Ribeiro = AMAZING!!! So happy and blessed!â€

Video Sparks Controversy Over Gay Marriage in a Black Fraternity

Three 6 Mafia’s DJ Paul Arrested for Having a Taser