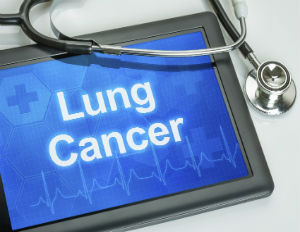 “I didn’t want anyone to go through what I went through and I want others to know more about it,” said Lee, who was diagnosed with lung cancer at 53.

After experiencing problems with her shoulder, Lee went to the doctor to get some X-rays done. After receiving her MRI results, the wife and mother of three found out she had a solitary pulmonary nodule in her lung that could potentially lead to lung cancer. Growing up in a household with parents who smoked, Lee knew firsthand the severity of the disease after losing her mother to lung cancer in 2009.

Luckily for Lee, her visit to the doctor was just in time as they were able to put a halt to her stage 1 cancer.

“You are your best advocate. If something doesn’t seem right or feel right, you have to take the time and go seek medical advice,” she tells BlackEnterprise.com.

Now, having worked with the Lung Force for a year, Lee is using her voice to ensure that the severity of the disease is not swept under the rug.

Below are five statistics provided by the American Lung Association that proves the growing impact lung cancer is having in America.

1. Every 8Â minutes a woman in the United States loses her battle with lung cancer.

2. Despite being the top cancer killer for women, only 1%Â of women cite lung cancer as a cancer that is at the top of their mind.

3. Lung cancer diagnoses have more than doubled among women in the past 35 years, but only 35% of American women are aware of this fact, including just 29% of African American women and 36% Hispanic women.

4. With the proper information about lung cancer, 84% of women are likely to take action to address the disease.

5. Approximately two-thirds of lung cancer diagnoses are in people who have never smoked or used to smoke.

To share your story and learn of ways you can take action for women and lung cancer visit lungforce.org.

5 Questions You Should Ask During Every Job Interview