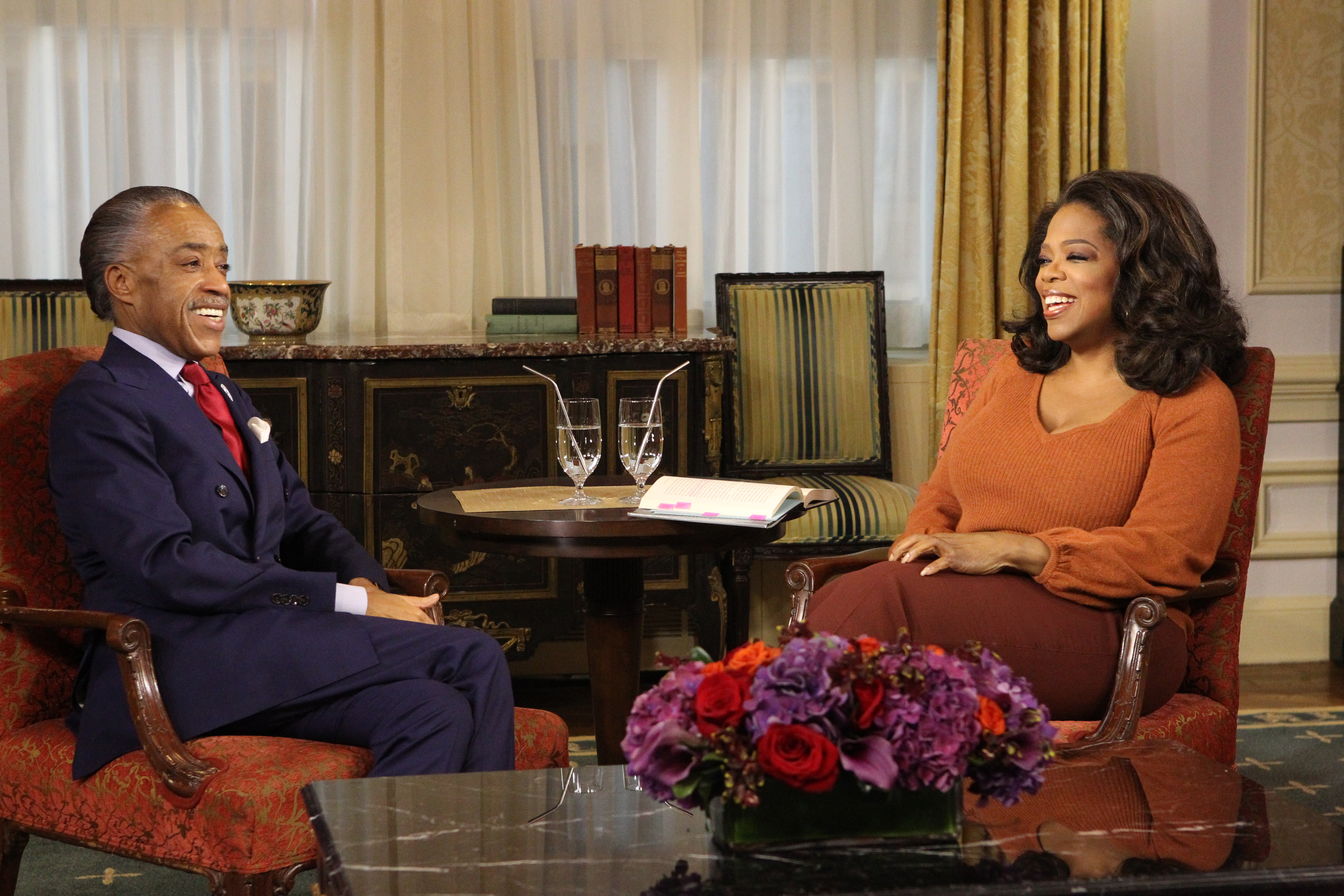 In the upcoming episode of OWN’s Oprah’s Next Chapter, Oprah Winfrey sits down with Rev. Al Sharpton for an open and revealing conversation about race in America, how his role as a civil rights activist has shifted and the moment that changed his life.

Sharpton is the founder and President of the National Action NetworkÂ (NAN), a not-for-profit civil rights organization headquartered in Harlem, New York, with over sixty chapters nationwide including a Washington, DC Bureau and regional offices from coast to coast. NAN helped organize the 50th Anniversary of the historic March On Washington.

Sharpton is recognized as one of the nation’s most-renowned civil rights leaders. According to a 2013 Zogby poll, 1 out of 4 African-Americans say that Rev. Sharpton is the person that speaks most for them, polling higher than any other civil rights or political leader in the public opinion survey.

On Oprah’s Next Chapter, he recounts with Winfrey how he got his calling to be a preacher at the age of four during a junior usher board meeting about the church’s anniversary. When asked what he wanted to do on the program, he said “preach.” While all the other kids laughed, the senior advisor took him to meet with the church’s bishop. They did let him preach that day of the anniversary to about 900 people.Â  “They stood me on a box and I preached from St. John’s the 14th chapter, first verse, let not your heart be troubled.Â  And I’ve been preaching ever since,” he recalls.

Winfrey and Sharpton also discuss his new book, The Rejected Stone, what drives him to stand up for causes he believes in and his dramatic weightloss. Later, his daughters Ashley and Dominique join the conversation in their first interview together to share their perspective on how their father has shaped their lives and their plans for the future.

The following is an excerpt from the episode on why Sharpton was angry for so many years:

WINFREY: So were you, for a very long time, an angry black man?

REV. SHARPTON: Oh, I was very angry. And I was angry not only at society. I was angry at my father. I was angry at some of my mentors. I felt, you know, if I hadn’t lived a middle class life and then went to the ‘hood, I might not have been as angry. But I felt robbed.

REV. SHARPTON: I felt I had the right life and y’all took it from me for no reason.

REV. SHARPTON: And then humiliated my mother. My mother went from having a new Cadillac every year to scrubbing floors so I’d have a suit to wear to church on Sunday.Â  I was mad about that.

REV. SHARPTON: I was mad about that.

WINFREY: And some of that anger is what we saw in your protests.

REV. SHARPTON: A lot of that anger was exercising protests.

REV. SHARPTON: And exercising a lot of things in life. Because I never stopped and really analyzed and admitted to myself where is all this anger? I mean, when you wake up mad.

REV. SHARPTON: I mean, nothing’s even happened yet. You’re just mad when you wake up. You look at the pillow mad.Â  I mean —

REV. SHARPTON: At some point you’ve got to stop and say, what am I so angry about?

REV. SHARPTON: Because you never really dealt with this pain inside.

Where to Eat, Go and Party in the One Happy Island of Aruba