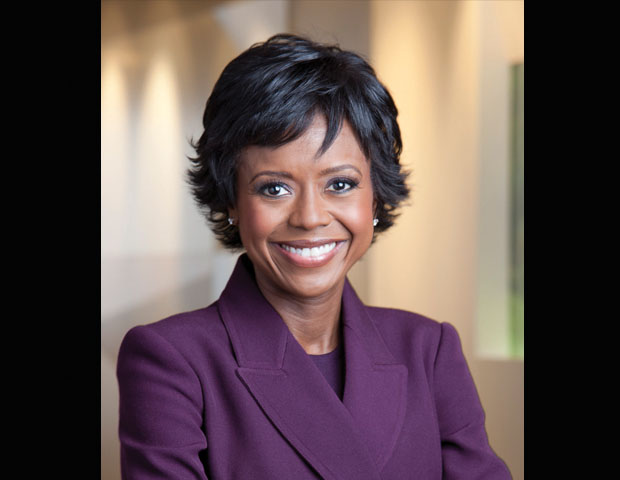 When Starbucks decided to continue its global expansion by opening 1,500 coffee shops in China, CEO Howard Schultz consulted Ariel Investments L.L.C.Â  President Mellody Hobson and former PepsiCo executive Olden Lee, along with its other nine board members. As CBS Corp. locked horns with Time Warner Cable over broadcast fees, retired senior executive Bruce Gordon was among the corporate directors briefed by top management. Verizon Communications’ proposed acquisition of Canadian telecoms requires input from board members such as Darden Restaurants CEO Clarence Otis Jr.
Hobson, Lee, Gordon, and Otis represent the business elite responsible for oversight of some of the nation’s largest publicly traded companies. These corporate directors are charged with the fiduciary responsibility to increase shareholder value by making decisions–from acquisitions and divestitures to executive compensation and layoffs–that will maximize earnings, dividends, and the stock price. As such, these corporate watchdogs ensure the continued viability of American industry, including trillions in assets and millions of managers, employees, suppliers, and other stakeholders.

These days, corporations that don’t have black directors on their boards are operating in the Stone Age of business. Shifting demographics and the burgeoning black consumer and business markets mean corporations cannot afford to be governed without the presence of African Americans in their boardrooms. “There are a lot of gifted, diverse directors who have been shut out over the years,â€ asserts John W. Rogers, Jr., chairman and CEO of Ariel Investments L.L.C. (No. 7 on the BE ASSET MANAGERS list with $4.9 billion in assets under management), who joined forces with Hobson and Charles Tribbett III, a senior partner with executive search firm Russell Reynolds Associates, 11 years ago to create the Black Corporate Directors Conference. “If you have diverse perspectives and diverse points of view, you’re going to get better decisions made. If you have better decision making, it will ultimately increase the value of the common stock.â€

We created our exclusive BLACK ENTERPRISE Registry of Corporate Directors to place a spotlight on those making contributions as some of the nation’s most powerful guardians of shareholder value. Our roster represents 177 board members from a universe of the 250 largest companies on the S&P 500 based on market capitalization as of June 14. Spending several months reviewing proxy statements and annual reports as well as contacting investor relations departments, corporate governance experts, and professional organizations such as the Black Corporate Directors Conference and Executive Leadership Council, a network of the nation’s most powerful African American execs, our editorial research team found that roughly 30% of the S&P 250 do not have a single black board member.

Board positions also serve as a CEO recruitment tool. Directorships can result in the next wave of black chief executives. The most recent example: former ELC head Arnold W. Donald served on the board of Carnival Corp. for two years before his appointment as CEO, making him one of eight African Americans operating an S&P 500 company.
Here’s why our Registry has relevance to you: You’ll discover business leaders who may impact either your employment status, business opportunities for your small business, or the value of your retirement investment portfolio. Moreover, through your individual stocks, IRAs and 401(k)s, many of you are shareholders of these companies.

Maintains Ronald C. Parker, president and CEO of ELC, which is a member of the Alliance: “African Americans were the only group that experienced a decline. You have the recognition of other diverse groups out there–women, in particular, Latinos, Asians. Our database shows from 2011 to 2012, there were 56 board seat openings–and most went to white women.â€

The same time-worn excuses persist for the lack of melanin in the boardroom. Tighter financial regulations push corporations to tap C-suite execs, positions where you can’t find an abundance of black talent. Plus consolidation and low boardroom turnover have left fewer available seats.

“We are the fastest-growing consumer group, the most loyal consumers, while we are seeing a decrease or stagnation in our representation on corporate boards,â€ adds Parker. “They should realize that different perspectives and diversity of thought and creativity naturally equate to growth, innovation, and market share.â€

“There are qualified African American available to serve as directors on corporate boards. However, we have not seen a significant increase in the overall total,â€ says Tribbett, who has placed several since the inception of the conference. “Why? Diversity has not been a priority for many companies.Â  Diversity does not just happen, you have to make it happen.â€

The bottom line, argues Steven Rogers, Harvard Business School senior lecturer on entrepreneurial finance who has served on corporate boards for 20 years, is that “We have a wealth of black people who have technical and financial backgrounds, so there is zero reason for there to be no black people on boards today.â€

A 2012 report by diversity research firm Virtcom Consulting revealed that including African Americans among the mix of board representatives can bolster corporate performance. For one, the study found that the population growth and increased buying power of African Americans and other ethnic groups continue to outstrip that of their white counterparts. The conclusion: “Companies which are ignorant of these trends or are simply unprepared for them may find themselves becoming increasingly less relevant.â€ The report also found that stocks of companies with diverse boards outperformed the Dow Jones and NASDAQ indices over a five-year period.

Some companies, however, have embraced this thrust as a business imperative. Take The EstÃ©e Lauder Cos. Inc., which includes Hobson and former Citigroup Chairman Richard D. Parsons on its board. “We have always sought women and men who can bring valuable insights to our board,â€ says Executive Chairman William P. Lauder. “For us, diversity drives creativity and fuels innovation, helps us to be more locally relevant, and provides a stronger connection to our consumers.â€

Other companies such as Fifth Third Bancorp, American Express Co., McDonald’s Corp., Colgate-Palmolive Co., General Electric, and BB&T Co., all of which have multiple Registry members on their boards, maintain that black board representation is in keeping with corporate governance guidelines.

Increasing the Numbers
In recent years, the Securities and Exchange Commission instituted rules requiring corporations to be more transparent about applying diversity in the director nomination process. “In 2009, the Commission approved rules to enhance the information provided to shareholders about the leadership of boards of directors, says Pamela A. Gibbs, director of the SEC’s Office of Minority and Women Inclusion. “Companies are now required to inform investors about whether diversity is considered when selecting board director nominees, and, if so, how.â€

Increasing black board representation, says Reatha King, chairman of the National Association of Corporate Directors, will come from challenging decision makers to adopt new board selection models. “My interest is to get boards to move against trends that make it difficult to bring about net positive change on the number of diverse board members,â€ she says. “Do you change your bylaws to increase the number of seats? Do you put in age limits, retirement criteria that would limit tenure? What tools can boards use to free up some seats so diverse candidates can be considered?â€

Current board members can make a difference as well. Those serving on the nominating/corporate governance committee, one of the standing committees of a public company’s board, improve the quality of nominees and guarantee the integrity of the nomination process and director elections. As such, they can ensure that blacks and other ethnic minorities are considered. In fact, some director associations recommend that nominating committees impose a provision similar to the NFL’s “Rooney Rule,â€ in which African Americans must be considered for every available seat.

ELC takes a different approach through its Corporate Board Initiative. Chaired by Parker and Billy Dexter, a partner with executive search firm Heidrick & Struggles, the program has forged strategic alliances with groups such as NACD and WomenCorporateDirectors; it has also developed training forums for 49 ELC members as a means of placing them in the pipeline.

The sessions help executives create valuable networks, which will come in handy, Parker says, since ELC data shows that only 20% of board positions are secured through professional searches while the other 80% come from recommendations based on dinner conversations, golf outings, and informal meetings.

The Black Corporate Directors Conference remains at the forefront of creating effective and active board members while cultivating powerful connections. Rogers, Hobson, and Tribbett bring together more than 200 black board members during the first week of September for three days of discussion, leadership coaching, and panels featuring the world’s most powerful CEOs and C-suite executives. At the same time, they continue to push attendees to adopt its “Corporate Diversity Call to Action,â€ encouraging directors to become change agents who advocate greater African American representation in the boardroom, executive suite, and corporate philanthropy. Moreover, Rogers stresses that his members push for diversification of black supplier pools beyond janitorial and supply services to protected, lucrative areas such as legal and accounting services, asset management, and information technology. “I constantly remind everyone that just having African American or Latino directors on the board isn’t enough. We have to recruit African American and Latino directors who are willing to stand up and fight for civil rights once they are in the boardroom,â€ says Rogers, a corporate director for McDonald’s and Exelon.
Adds Hobson: “Of course we’re there to represent shareholder interest–that’s job one. But we’re invited into the boardroom for the whole person that we are. I think the boards that I’m on, they want me because I’m a woman. They want me because I’m African American. They want me because I’m a financial expert. So I’m brining my whole self into the room. To shy away from any of those issues doesn’t serve the shareholder, the company, or the board.â€

As a board member for CBS and Northrop Grumman, Gordon has applied his years of experience to bolstering corporate performance but also promoting greater employment and supplier opportunities for African Americans and other minorities. And that engagement, he says, extends beyond the boardroom.Â  “When you are discussing diversity and trying to advance it–particularly as it applies to supplier diversity or getting more people of color in senior roles–it’s not just talking about it to board colleagues, it’s talking about it with management,â€ he maintains. “Directors have a responsibility to be in touch with the CEO and any other senior executive so management has a broader perspective than they otherwise would have if blacks weren’t in the room.â€