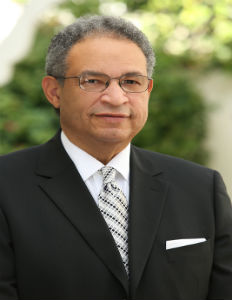 Los Angeles is not only the city of angels but the city of dreams. The city’s sheer star power has made it famous for being famous. As the newest president and chief executive officer of Los Angeles Tourism Board, an organization that promotes L.A. as a premier convention and tourism location, Ernest Wooden Jr.’s job should be easy right? Not quite.

Despite being known for its glitz and glamor, Los Angeles has its challenges, both economically and environmentally. Despite this, Wooden finished his first year on the job by celebrating record tourism visitation to L.A. with more than 42 million visitors which resulted in approximately $17 billion in direct spend into the city. “Hollywood is in our DNA but there’s so much more to L.A., from our beaches to our cultural institutions,â€ shares Wooden. Wooden took the helm of Los Angeles Tourism Board in January 2013, replacing Mark Liberman, who retired last year. He is tasked with overseeing the global brand marketing and meetings and convention sales strategy for one of the most-visited and most-famous destinations in the world. Wooden is a former executive with Hilton Hotels Corporation, having spent more than a decade at senior leadership positions in both global brand management and operations within the company.

Wooden is also a leader on overall tourism industry affairs as a member of the board of directors of the U.S. Travel Association (USTA).Â  As one of few African American CEOs in the tourism industry, the challenges and roadblocks are plentiful, yet Wooden continues to shine. “The role as a CEO, regardless of the industry, for people of color is about the same,â€ says Wooden. “The equation my father taught me as a little boy is that when you’re black in this country, you have to do twice as much. That’s the equation that I’ve led my life with.â€

Continues Wooden, “Any successful African American understands that we start a little bit behind the scrimmage line. We’ve got to be a little bit faster, smarter than the next guy to win the race. There are personal challenges, but there are institutional challenges obviously that you’ve got to hurdle. But at the end of the day there are more and more young people that are able to evidence that they’ve got the skill set to unravel complex business issues and that they’re up to the challenge of leading large organizations.â€

The New York Times reported last month that African Americans account for $48 billion in travel in the United States alone, yet most tourism agencies typically don’t target the black dollar.Â “Articles like the one in The New York Times are a wake-up call to destination marketing organizations over the country. This is an extremely valuable market,â€ says Wooden. “If I had to guess, $48 billion is more than the gross national product of many countries in Europe.â€

Wooden is intent on enforcing marketing efforts that attract a multicultural audience. “Discovering newer and better ways to roll out the red carpet to the African American market is going to be not only the right thing to do but also lucrative for the tourism communities that we serve,â€ says Wooden. “The African American market in Los Angeles is incredibly important–we’ve developed AA heritage tours, are one of the main contributors to the BET Experience, and have targeted conferences such as the National Bar Association, sororities/fraternities, and many other events where we target predominantly African American groups.â€

For Wooden, it’s much more than “staying true to his roots.â€ The business value of targeting niche markets is essential in growing tourism to Los Angeles. Wooden shares, “Marketing to a multicultural market is important because most destination marketing organizations are learning the value in attracting niche markets using the assets that it has. We are an extremely diverse market. We’re one of only two cities in the U.S. that does not have a majority population. We speak more than 92 different languages. We have people here from all different walks of life. Going after niche markets, for example African American, Hispanic, and Asian, is very lucrative so we take it very seriously how we approach these markets.â€

Although his job takes him abroad to promote the Los Angeles Tourism Board, Wooden is no stranger to a vacation. Given his hospitality background, he knows what makes a destination special. Aside from Los Angeles, two other locales hold a special place in his heart. “China is an extraordinary place for many different reasons,â€ says Wooden. “It has a wealth of natural resources, and it’s almost like a storybook because the people are charming and interesting. And I went to school in Paris, so of course the city of lights is always on my list. It’s also one of the most quintessentially romantic cities, which my wife would say.â€