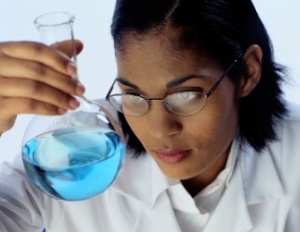 A new study shows that a National Institutes of Health program, which gave out three-quarters of a billion dollars this year to stimulate innovation in the biotech industry, included virtually zero African American scientists, AAAS’ ScienceMag.org, reports.

The NIH’s Small Business Innovation Research (SBIR) program gives out awards to help small businesses turn biomedical discoveries into products. Of the 604 respondents to the program, only two were African American.

Chad Womack, national director, STEM Initiatives and the UNCF-Merck Fellowship Program at United Negro College Fund, is also an African American biomedical scientist and stated, “SBIR is the end of the pipeline for a successful scientist who plans to commercialize a discovery. And there just aren’t enough African American scientists in that space, at that level, to take advantage of the opportunity.â€

According to statistics collected by the National Science Foundation, in 2013 only 3% of black men and 2% of black women were working as scientists or engineers in STEM occupations.

Adding to the troubling lack of participation of blacks in the SBIR program, is the fact that SBIR is mandated by Congress to enhance opportunities for women and minorities.

To boost African American presence in the program, the NIH plans to focus more explicitly on outreach to women and minorities. Still, Womack says that part of the resolution is more support for minority scientists.

“If you really want to pump up the numbers, then you have to help people with the nuts and bolts of what it takes,â€ he said. “That starts with connecting with undergraduate and graduate STEM students,” said Womack.

The 27 Countries That Trump the U.S. When it Comes to Gender Equality