The Advertising Industry Wants (and Needs) You! 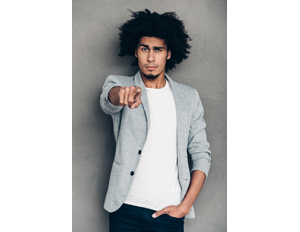 These ads–which many accused of gross insensitivity in an age of diversity and “the browning of Americaâ€–may have exposed another, much less obvious truth: that the advertising industry is overwhelmingly white.

Although Black Enterprise has for years, if not decades, maintained a ranking of the top black-owned ad agencies, the fact is most ad agencies are white-owned–and black people working in advertising make up a small percentage of the industry.

Pippa Seichrist, founder of the Miami Ad School, told me in an e-mail that few young people of color pursue careers in the lucrative industry.

Seichrist goes on to answer her own question by naming the historically black colleges Miami Ad has partnered with to get the word out–including Spelman, Morehouse, Clark Atlanta, and South Carolina State University.

Perhaps more importantly, Miami Ad recently announced it would be awarding $200,000 in scholarships annually “so more young people of color can get the training they need to enter the industry,â€ Seichrist says. “If we graduate well-trained creative people from communities of color, agencies will hire them.â€

The other neat thing? Each scholarship includes a professional mentor. I asked Seichrist about that.

“Each scholarship recipient is assigned a mentor of their race, gender, and specialty. (For example, a copywriting student will be matched to a mentor who is a professional copywriter.) The mentors are graduates of Miami Ad School and will have had the very same experiences as the student in terms of classes, internships, networking, interviewing, and starting her/his first job. They have been where the student is. Mentors are also living, breathing proof that these students can get where they want to go.â€

4 Steps to Turn Your Expertise into Business