WATCH: Actor Tristan Wilds on His Move to 90210 - Black Enterprise 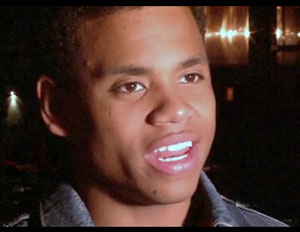 After a few small roles, actor Tristan Wilds made his mark on Hollywood with his critically acclaimed portrayal of “Michaelâ€ on HBO’s The Wire. Playing a latchkey kid who veers off the right path and gets sucked into the streets, the Staten Island, NY-native drew rave reviews for his performance on the hit cable series. That led to a more mainstream role as “Dixonâ€ on The CW’s 90210, which premieres its latest season tonight at 8pm EST. The budding star spoke with BlackEnterprise.com about his evolution as an actor and how he avoided the roadblocks of his most popular character’s past.

Produced and edited by Melissa Johnson