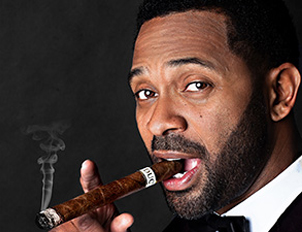 Today, ABFF Ventures announced that actor and comedian Mike Epps will host the 2016 ABFF Honors on February 21 at the Beverly Hilton Hotel in Los Angeles. This is the first year for the annual gala, which is a celebration of black culture; recognizing individuals, movies and television shows that have had a significant impact on American entertainment, and those who champion diversity and inclusion in Hollywood.

Held one week before the Academy Awards, the guest list for the invitation-only awards dinner includes influential artists, executives, and stakeholders in the Hollywood community.

“I am encouraged that a handful of black artists are now being acknowledged at high-profile mainstream award ceremonies, but the work of the majority of our artists continues to be unheralded. ABFF Honors will change this and there’s no better person to host our first show than Mike Epps. He is an inspiration to many stand-up comics and living proof that talent combined with focus and perseverance will eventually bring success. I plan to be laughing all night,” says Jeff Friday, executive producer and president of ABFF Ventures.

Mike Epps’ career has evolved over the years and his work in both film and television continues to garner praise and admiration from peers and critics alike. Among his notable achievements, are the Starz’ hit series Survivor’s Remorse, the upcoming ABC seriesÂ Uncle Buck, HBO’s Emmy-winning biopic Bessie, and the much-anticipated Lee Daniels’ film Pryor, featuring Oprah Winfrey, Eddie Murphy, and Kate Hudson, where he will play the title role of comedy icon, Richard Pryor.

“I am very proud to be hosting this year’s ABFF Honors celebrating the best in film and television. To be in a room with such amazing talent and creativity will make for an exciting night, and you know I’ll be ready to hit the stage and entertain,â€ says Epps.

The inaugural ceremony is a hybrid of the Kennedy Center Honors and the Golden Globes Awards, featuring both Competitive Awards and Special Tributes that are determined by the 2016 Awards Committee, comprised of artists, journalists, and industry influencers. As one of the most eminent events of the Hollywood Awards season and Black History Month, the event; produced by ABFF Ventures (a partnership between Film Life and Black Enterprise) in association with de Passe Jones Entertainment, will begin with Red Carpet Arrivals at 5:00 p.m., followed by a spirited Awards Dinner and Post-Awards Honoree Party.

The ABFF Honors Award Categories include:

FILM OF THE YEAR — Presented to the most outstanding theatrically distributed motion picture released in 2015.

TELEVISION SHOW OF THE YEAR — Presented to the most outstanding original scripted television series distributed by a network or Internet-based platform in 2015.