ABFF: An Artists' Space to Watch, Learn, and Create 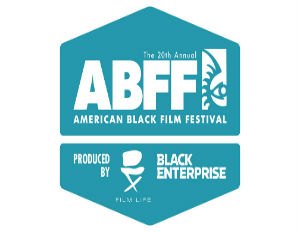 In just a few weeks, June 15—19, in South Beach Miami, Florida, content creators, executives, actors, filmmakers, and game changers will gather for five days of entertainment content made by and about people of African descent at the 2016 American Black Film Festival.

The festival is considered the nation’s largest gathering of black film and TV enthusiasts; drawing an attendance of approximately 13,000 in 2015 with expectations to exceed that number in 2016.

This year’s sessions include:

…and the schedule just continues on.

This is all in addition, of course, to the screening of films, documentaries, shorts and Web originals. Please be on the lookout, as the festival’s selections for this year’s screenings will be announced May 16.

A film you don’t want to miss at this year’s ABFF is the sneak peek at Nate Parker’s The Birth of a Nation, presented by the MPAA. This screening will also feature a talk with director Parker, and actress and producer, Gabrielle Union.

If you are an established or aspiring creator or performer, ABFF is your essential tool. Utilize it.

Passes for ABFF are available now with three (3) package options:

The Collins PassÂ ($275) – designed for students and those wishing to simply see movies, panels, and celebrity conversations

The Sobe PassÂ ($750) – provides access to all festival events.

The Deco PassÂ ($1500) — all access to festival events with express entry and other VIP perks.

This year, ABFF and VH1 have collaborated to launch an exciting new search for Unscripted Storytellers. This workshop is focused on teaching the business of unscripted content on television, and how to develop a compelling pitch. Submit your treatment by May 20th for consideration.

7 Life Skills We Can Learn From Mark Zuckerberg