ABC Stores May Shut Down to Liquor Privatization Bill 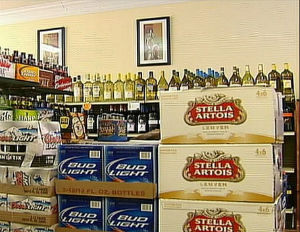 In 48 states across the nation, liquor can be purchased in private stores. Only Utah and Pennsylvania Â still have laws that require state residents to purchase liquor and spirits from “State storeâ€ or ABC stores as they’re more commonly known. This could soon change as a Pennsylvanian liquor privatization bill heads to the senate.

Members of the House of Representative voted 105 to 90 in favor of House Bill 790, a bill designed to open up liquor sales to private businesses instead of state-run stores. The bill will allow beer distributors to sell wine or spirits or both, as well as allow supermarkets to sell wine.

Opponents to privatization argued several downsides to dismantling the current system including a possible increase in incidents of drunk driving as well as a possible influx of underage drinking. Additionally 4,000 state employees could lose their jobs, with the state losing $170 million annually.

Several groups oppose the legislation including Anheuser-Busch, MillerCoors, Pennsylvania breweries and their unions. In a letter they argued that the privatization bill would create an unfair market where wine sales would have an advantage over beer sales.

The letter also states that the bill poses a threat to beer distributors, who may have to devote half their shelf space to wine and spirits. This could pose a burden for some distributors who’d have to retrofit existing stores to comply with these new regulations.

Calling All Recruiters: How to Best Screen Candidates via Social Media