Michelle Rose remembers a time when purchasing vintage clothing was loathed in fashion circles. In the 1980s, people thought vintage was “old and shabby, for people who led alternative lifestyles,â€ she recalls. But it was also a time when die-hard retro fashionistas racked up on goodies. Rose used to buy classic 1960s dresses for as little as $10 and furs for $200. “Today, vintage is all the rage,â€ she says. “It’s also pricey. â€

Since the ’80s, the 40-year-old has amassed an impressive personal vintage collection: a four-inch wide Chanel cuff adorned with colored stones; a black sequined dress rumored to have belonged to actress Liza Minnelli; a 35-centimeter crocodile HermÃ¨s Kelly handbag today worth about $40,000; and a rare pair of thigh-high crocodile Yves Saint Laurent boots from the ’60s for which she was offered $6,000.

In 2007, Rose, a legal assistant for a mid-size New York City firm, decided to unload some of her valuables through a luxury outfit that specializes in reselling high-end goods. Rose showed up at the reseller’s offices with four suitcases of designer bags from Prada, Gucci, and HermÃ¨s. “You have a fortune,â€ she was told. But according to the luxury outfit’s estimate, after collecting its 30% stake, Rose would have made only $16,000. A vintage-show dealer, who is a friend of Rose’s and has since served as a mentor, suggested that she resell her classic finds herself. And in a little over a year, Rose, who describes her style as a cross between ’60s model Twiggy and ’60s and early ’70s Jacqueline Kennedy Onassis, converted her studio apartment to My Closet Shoppe.

Rose, a native of Guyana, says she was heavily influenced by her grandmother, a seamstress, and a mother with impeccable style. She defines vintage clothing as any article at least 25 years old. “My addendum is it has to be a classic piece and it has to be relevant or else it’s just trash.â€ Leisure suits and bobby socks wouldn’t fit the bill, she says. “It has to be something that is currently wearable. It has to have timeless appeal.â€

Her hobby has fully overrun her apartment. With a collection that ranges primarily from the late 1950s to the ’60s, Rose offers visiting enthusiasts racks of dresses, shearling coats, furs, designer bags, and shoes. For those interested in adding vintage pieces to their wardrobe, Rose suggests visiting the clothing shows which are held around the country. Her favorite stops are New York, Miami, Boston, Chicago, Seattle, San Francisco, and Los Angeles. “Vintage shops tend to be expensive, but if you frequent the shop, you can find great pieces,â€ she advises. “eBay can be an excellent resource but only if you really know your stuff.â€

Rose sells most items for less than $300 and says that with the heightened popularity of vintage clothing, turning a profit today can be challenging. But she admits her joy is in the find and then in sharing. “You have to be a huntress,â€ she says. 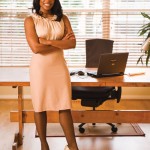