The 9 Strangest Things Ever Sold on eBay 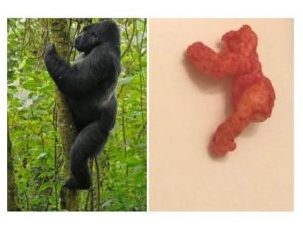 They say, “Everything has a price.” That old adage has never been more obvious than with the news of a recent auction on eBay. CNN reports that a Cheeto (yes, the cheese-dusted snack) resembling the late gorilla Harambe, allegedly sold for $100,000 on the bidding site.

The verified seller’s page does, in fact, show a curiously shaped Hot Cheeto, which sold for $99,999 on February 7.  It’s speculated that the Cheeto is of the Xxtra Flamin’ Hot variety.

There have been quite a few oddball transactions in eBay’s 21-year history. Here are nine more of the strangest things ever sold on the site:

A small Tuscan village in Italy, Pratariccia, went up for auction in 2012. Its bid price was $3.1 million. The village was practically a ghost town covering 20 acres and consisting of 25 buildings.

It’s as famous as any movie star; the iconic Hollywood sign, with its white letters, nestled into the Hollywood Hills. In 1978, the original sign was replaced. The original was sold on eBay by a Hollywood producer for $450,400.

(cont’d on next page)

We Will All Suffer From Trump’s Budget Proposal