8 Ways to Get a College Degree 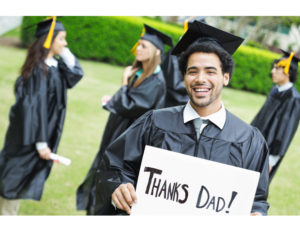 If you look at college graduation rates through the lens of race, it doesn’t look good for black students.

Last month, the National Student Clearinghouse Research Center released data that gave me pause. As reported in Inside Higher Ed, the center evaluated data from students who had entered college in the fall of 2010. The data represents students attending full-time or part-time, at four-year and two-year schools.

Although, as a whole, more students graduated with a degree or credential within six years—54.8%—than did not, teasing apart the races tells a less optimistic story.

Going Further Into the Data

Even success after transferring from a community college is colored by race. The report shows that, again, more Asian students (25%) will go on to complete their degrees, whereas only one in 12 black students will do so.

I wondered about disaggregating the data further; what about black students who participate in programs like Oliver Scholars, A Better Chance, or the Meyerhoff Scholars? Are black immigrants more likely to graduate than black Americans or vice versa? Among black students, do graduation rates improve as income rises?

What is it that makes some students persist while others fall by the wayside? The Hechinger Report recently spoke with experts in this area, including Freeman Hrabowski, president of the University of Maryland, Baltimore County.

Here are their eight tips to help black and Latino college students stay the course:

To read more, go to the Hechinger Report.

Everyone Has a Story, Here’s How to Monetize It