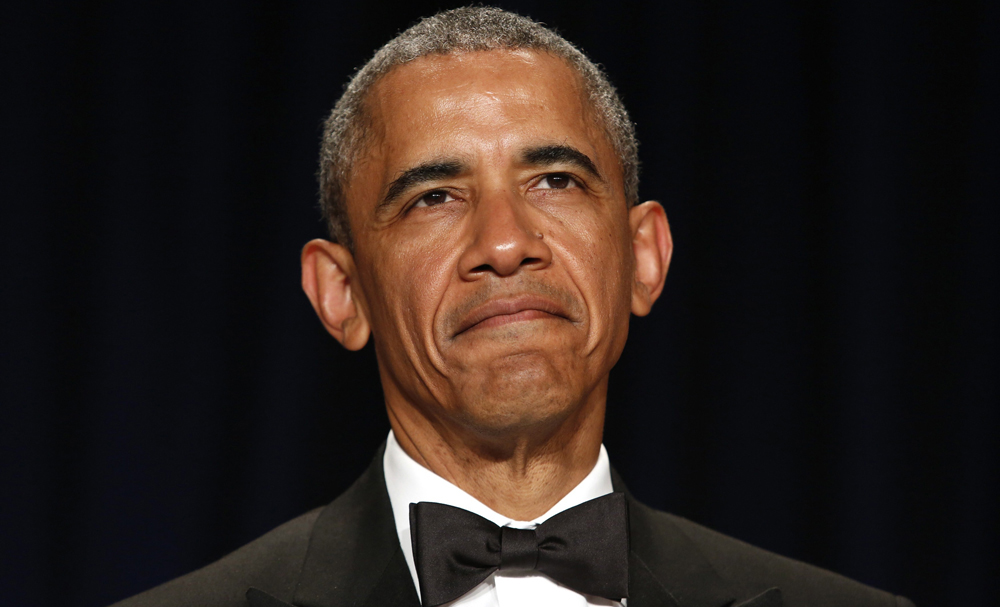 As the first black president of the United States, Barack Obama has proven to be a change agent, social justice enforcer and unapologetic leader of the free world. Though facing several issues during his presidency–such as racism, gun control and opposition from a blatantly disrespectful Republican Party–Obama has managed to implement and pass numerous reforms surrounding same sex marriage, education, jobs creation and healthcare, all while finding time to shoot hoops, bust out a few tunes and crack a few jokes at Donald Trump’s and John Boehner’s expense.

On his last President’s Day, we look back at the eight most important moments during his two-term tenure and what will place him in the history books as the G.P.O.A.T. (Greatest President of All Time)!

1. Proof that he is “The People’s President”

We have seen, time and time again, how President Obama is one of the most personable leaders of our time, whether he is hooping with professional athletes, appearing on countless nightly talk shows or vacationing with The First Family. But it was his meeting with 5-year-old Jacob Philadelphia that changed the way we admire this man. The son of a White House staffer, the curious lad asked POTUS what his hair felt like and, like a true gentlemen, Obama bent down so young Jacob could see for himself. And upon realizing that his hair texture was the same as the President’s, Jacob understood that one day he, too, could be president. Instantly, the picture went viral and is now an iconic image, depicting how black men treat inquisitive black boys.

On October 9, 2009, President Obama became the 4th U.S. president, after Theodore Roosevelt, Woodrow Wilson, and Jimmy Carter, to receive one of the world’s most prestigious awards: the Nobel Peace Prize. According to the selection committee, President Obama was awarded the prize due to his “extraordinary efforts to strengthen international diplomacy and cooperation between people,” his quest for nuclear obliteration and his efforts to promote international relationships, especially with the Muslim world. Rather than keep his $1.4 million USD prize money, Obama spread out his winnings to a number of charitable organizations, including the Hispanic Scholarship, the American Indian College Fund and the United Negro College Fund.

Aptly named “Obamacare,” the Affordable Care Act was signed in 2010 and is highly regarded as one of the most important healthcare reform laws passed in legislation. Effective since 2014, over 32 million Americans are insured and have access to adequate health services and, at last, a sense of medical security.

After a few ailed attempts by both the Clinton and Bush Administrations, it was under President Obama’s superior leadership that terrorist leader Osama bin Laden was assassinated in 2011 during a raid in Abbottabad, Pakistan. Responsible for the 9/11 Attacks, bin Laden’s death was another victory in Obama’s ongoing agenda to combat extremist terrorism.

Replacing Eric Holder, Loretta Lynch became the country’s first African American woman to serve as Attorney General after a five-month partisan battle in the Senate. The Harvard-educated attorney brought a wealth of experience and immediately began work on terrorism and criminal justice reform, and mending damaged relationships between police and communities of color.

While POTUS always shows the utmost decorum, the White House Correspondents Dinner is one of the few times he can relax and roast each of those who took time to criticize his every move. One of the most memorable disses went to former Speaker of the House John Boehner during the 2014 fete:

“These days, House Republicans are actually giving John Boehner a harder time than they’re giving me, which means orange really is the new black.”

One of the most heartfelt and somber moments witnessed during Obama’s presidency was his soul stirring rendition of “Amazing Grace” during the memorial services for Reverend Clementa C. Pickney, one of the victims of the domestic terrorist attack in the historic Emanuel African Methodist Church in Charleston, South Carolina. POTUS, once again, called for and continues to fight for tougher gun reform laws.

8. Passing of the Stimulus Bill

Known as the American Recovery and Reinvestment Act, the POTUS signed a $787 billion act to fuel one of the weakest economic climates since the Great Depression. After 12 months, the country showed a decrease in unemployment and a continuous increase in new private-sector jobs.

We salute you President Obama for what have you done during your tenure and for you amazingly bright future after office.