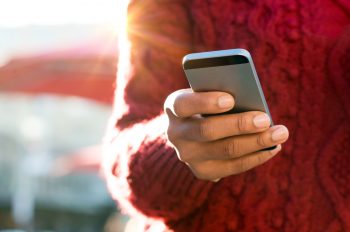 Anyone who strives to get better at doing business this year, by making the best use of their time while spending more time on the most essential tasks, is going to need a little help.

Some people use methods like the pomodoro technique; using a timer to focus on one single task for 25 minutes. Others may like to work using the 80/20 rule, also known as the pareto principle; whereby 80% of outcomes are produced by 20% of the incoming efforts. Now that we rely more heavily on our smartphones, there are a slew of apps available on the market that aim at helping us achieve ultimate productivity.

Here are the top seven apps to get you started for the New Year:

Evernote has been around for a while. It offers the ability to take notes with text, audio, or via images, as well as upload files, scan documents, and clip webpages.

Evernote is available on iOS and Android, but also has apps for Mac and Windows, in addition to a web version. It can also be used on tablets. There are also app integrations with Microsoft Outlook and Google Drive, enabling an exchange of documents, and there’s even a chat feature built-in for collaboration. You can also markup notes and sketch, use finger handwriting, or write with a pen tool.

However, Evernote has come under scrutiny lately for its pricing plan changes, which limits some of the more robust features formerly offered in its free version. There was also a recent kerfuffle over a new Terms of Service policy the company had planned to launch this year, enabling its employees access to users’ notes, to improve its machine learning efforts. Still, it’s a pretty powerful productivity tool that can be used for more than just note taking, with syncing across devices, and the ability to access notes offline.

Evernote’s closest competitor is Microsoft OneNote, which, for now, is completely free, and offers an Evernote to OneNote migration tool. ZohoNotebook is a newly released, more visually endowed, and a likely contender that is also currently free. There’s also Paper for iPhone, which is more about combining text and images into notes, with the ability to doodle or draw.

More than simply a task manager, Asana is an app allows keeping track of tasks that also enables you to comment on tasks, assign due dates, share files with attachments, reorder tasks, and add tags. With Asana, you can create work spaces for family, for individual work, for your collaborativeÂ  work with teams, and for personal needs. You’re allowed up to 15 people in each work space. Overall, the app works as a companion to the primary web app, but there are enough features in the mobile app to sync work across devices, to make sure you’re getting notifications when you’re away from the computer.

The key feature here is its ability to let you stay in communication with collaborators, while being able to delegate the various tasks necessary in getting a project completed. Asana integrates with Dropbox, Slack, and Evernote–just to name a few. Depending on your preference for interface and features, Trello, which uses a more visual, card system approach, is another tool to consider using for tracking and managing projects.

While Asana and Trello lend themselves more to team project management and are a little more robust because of it, if you’re looking for a simple to-do list and task management system, Any.do is one tool you should consider.

What’s most important is Any.do’s simple, with helpful features–like reminders, the ability to send to-dos via email, and create recurring reminders–easily. In the task management category, it really comes down to which features you need most, but Any.do is one of the most simplest to use, with a really clean interface that includes a daily planner feature.

There’s also ToDoist and Wunderlist to consider. They both have their own special features, like ToDoist’s support for Google Now and Wunderlist’s plug-in for Microsoft Outlook.

Rescuetime helps you to keep track of what you do. While it isn’t available for iPhone, it does feature a Chrome extension and apps for Windows, Linux, and Mac.

What makes Rescuetime cool is that it not only tracks all of your app usage and for how long you are on each (so you can see how much you’re wasting time on social media), but, at certain times of the day, you can also block your social media usage for deep focus when using it on your computer. You can even set goals and track your progress on daily or weekly goals, with detailed reports that feature a productivity score.

Toggl is another time tracker that’s available for both iPhone and Android. However, it’s built more for teams and projects to help calculate billable time.

Slack is one of the best group messaging apps on the market that enables supreme productivity for teams. Like text messaging for the work place, Slack offers integration for design, customer support, and HR tools with loads of other apps. You can even have a video call with your friends (uh, teammates) for free and share files. It’s the great anti-email app, enabling teams to set chat rooms for communication about specific projects. Slack is free to try with small teams, but once you really put it to use at the office, there is a price.

Ryver also boasts itself a better solution, because it promises to be truly free and offer a more usable organization of conversations.

Dropbox is still the king of cloud storage, since it offers 1TB of storage for $99 per year or $9.99 month, in addition to offering business accounts that promise great security and integration with other business apps, like Microsft Office 365. However, for a free, personal account, you can only get 2GB of storage.

Google Drive and Microsoft’s OneDrive are both moving up as strong competitors offering more storage space for free and integration with their other business apps.

7. Automate Your Work (and Life)

If This Then That (also known as IFTTT) (Android/iOS; Free)

If This Then That (IFTTT) is the kind of utility that empowers your apps to communicate with one another. Looking for a way to easily backup files uploaded to Dropbox in Evernote? Want to automatically tweet your Instagram photos, or create reminders on your iPhone for emails you star in Gmail? Well, IFTTT does all the behind-the-scenes mumbo-jumbo to make that happen, therefore increasing your productivity. If you can think of something you want to do between two apps, there’s most likely an applet on IFTTT to make it happen.

But, this isn’t the only game in town though. There’s also Zapier, Microsoft’s Flow, and Workflow for iOS only, which is a visually stunning app that automates tasks with just one tap. However, since IFTTT has been around the longest, it probably has more automation features and makes it easier to create your own.

has been writing about music since the earlyÂ 1990s, tech since the lateÂ ’90s, and the intersection of technology and everything else since the earlyÂ 2000s. She currently writes,Â teaches and consultsÂ companies on how to better engage with their audiences. Follow her on TwitterÂ @lynneluvah.

5 Books to Keep From Failing in Business During 2017