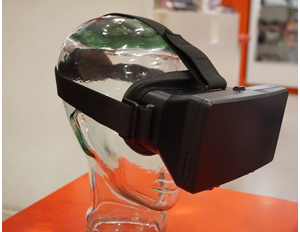 VR is expected to be put to all kinds of great uses in the healthcare, education, and manufacturing industries.

In fact, VR is currently being explored as a means to help with pain management. One doctor recently used Google Cardboard to save the life of an infant with a failing heart.

However, VR is also being used in ways that are less altruistic and more bonkers. Here are seven of the craziest uses of virtual reality:

A new take on chat rooms: AltSpace is a virtual reality app that lets users hang out with others in virtual reality. With the app, users can “watch a movie marathon, laugh at improv comedians, practice your Spanish, play Dungeons and Dragons, attend a lecture, or join our newest trivia game, Sketchy Quiz,â€ says the developers.

More vomit-inducing roller coaster rides: Six Flags recently announced its new Superman virtual reality roller coaster ride. According to a statement from Six Flags on its website, the ride is “a traditional coaster that is equipped with cutting-edge technology to allow you to wear a wireless VR headset during the ride. You’ll be able to feel the heart-pumping adrenaline of steep drops, inverted loops, and powerful twists and turns as gyros, accelerometers, and proximity sensors synchronize all of the action while viewing a remarkably realistic 360-degree virtual world.â€

Interact with your devices using your eyes and thoughts: LookxID Labs is working on a VR headsetÂ that allows wearers to control devices based on where they look and what they think.

Scare yourself silly: VR horror content is rapidly emerging as a new app/film genre.Â  Dread Halls, Elevator Horror, and Paranormal Activity are considered some of the scariest VR apps.

Show up for work as a hologram: Experts say that VR/AR tech will hone holographic computing. In the not too-distant future, commuting to work will mean projecting your holographic self into the office. Here’s a great Medium blog post on the subject.

Get a sense of smell during gaming: The FeelRealÂ is an add-on that fastens to virtual reality devices such as the Oculus Rift or Samsung Gear VR and provides a sense of smell in VR apps and games. 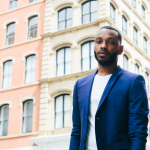