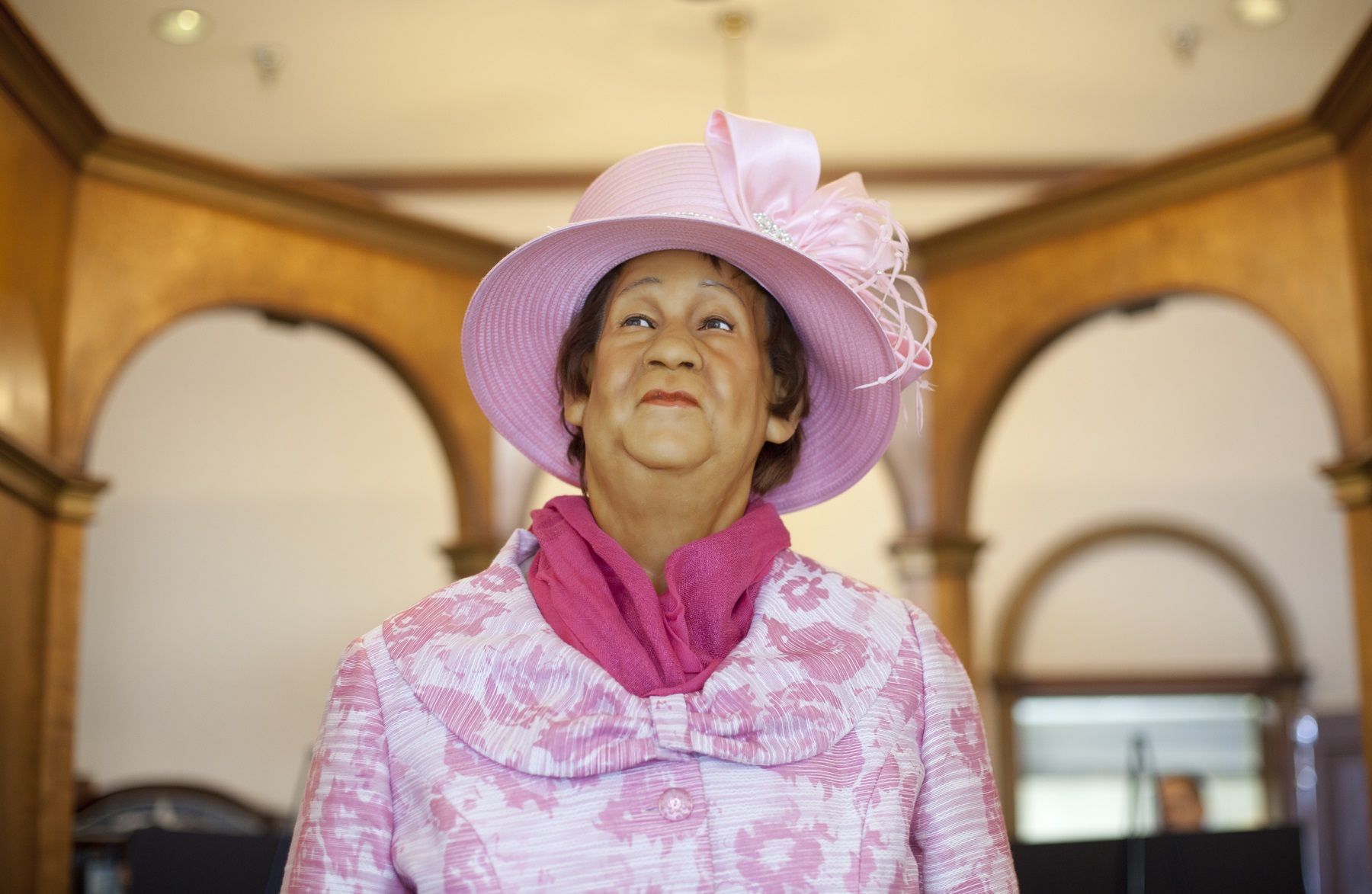 staff photo by Sarah Pastrana A wax statue of Dorothy Irene Height, the chair and president of the National Council of Negro Women, greeted guests at the Black History Month observance luncheon held at Club Meade on Feb. 23. Dr. Joanne Martin, co-founder and CEO of the National Black Wax Museum in Baltimore, was the guest speaker for the event.

Learn something new and pay your respects to African Americans who have made tremendous contributions and sacrifices for current and future generations. Here are a few museums and centers that are a bit under the radar, yet inspiring.

The National Blacks in Wax Museum, an African American history museum in Maryland, is the first of its kind.

The wax statue above is of Dorothy Irene Height, the chair and president of the National Council of Negro Women.

Located in Selma, Alabama, the National Voting Rights Museum and Institute follows the struggle for the right to vote. This museum is not too far from the site of Bloody Sunday. On Sunday, March 7, 1965, a group of nonviolent protesters were beaten with police sticks and sprayed with tear gas when they refused to disperse from theÂ Edmund Pettus Bridge during a protest for voting rights.

The Muhammad Ali Center in Louisville, Kentucky, operates under the motto: Be Great: Do Great Things and Muhammad Ali’s core principles. The center offers a museum, events and educational programs. Exhibits and galleries provide insight into Ali’s achievements and are meant to inspire visitors.

The Underground Railroad Freedom CenterÂ in Cincinnati has exhibits that recapture and demonstrate the African American experiences.

The artifacts from the Negro League Baseball Museum in Kansas City dates back from the 1800s through the 1960s, according to the museum’s website. It’s located in the same complex as the African American Jazz Museum.

In addition to being a Black Enterprise contributor, Claudine Williams is the editor-in-chief for the luxury travel site, Somewhere Luxurious. Visit Somewhere Luxurious for glamorous places to visit; restaurants with mouthwatering cuisine; can’t-miss events, must-see, must-visit destinations; and recaps from your favorite reality TV shows. Get updates from Claudine on TwitterÂ and the Somewhere Luxurious YouTube Channel.

Work Smarter, Not Harder, to Scale Your Business

Claudine Williams is the editor of www.somewhereluxurious.com. She has also contributed to the New York Times, the Miami Herald, Hotel Chatter, Travel + Leisure Southeast Asia, the Huffington Post, and various other publications. Claudine has a master's degree in Information Design and Communications. She believes that everyone deserves a trip to Somewhere Luxurious.