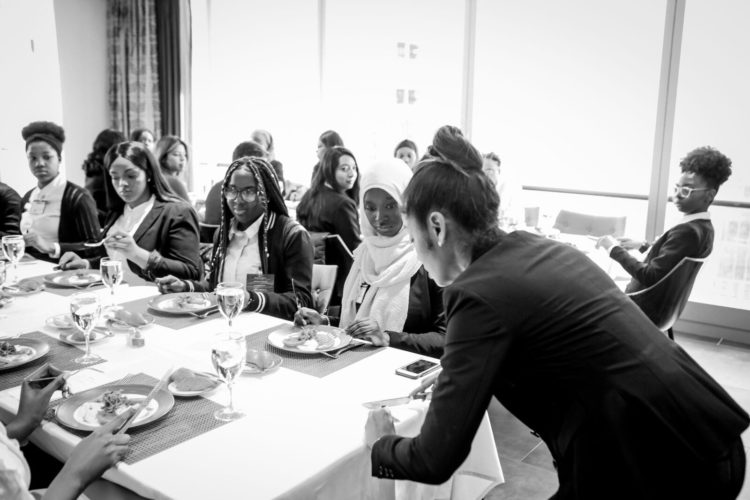 This week the New York Coalition of One Hundred Black Women held its annual Role Model Program at the U.S. headquarters of high-end beauty brand L’Oréal in New York.

Twenty-six college students, all of whom attend City University of New York schools, and seven high school students participated. The event included three full days of shadowing women who work in a variety of professions, including architecture, engineering, and law.

“If you aspire to anything, you can achieve it,” one student said at the closing ceremony, at which all the college students shared their reflections and what they learned during the heady, exhilarating week.

Along with job shadowing, the four-day program consisted of workshops and presentations that included sessions on dining etiquette, personal and professional fearlessness, and money management. The week ended with a keynote by Gloria Browne-Marshall, associate professor of constitutional law at John Jay College of Criminal Justice, a CUNY school.

An expert on the U.S. Constitution, Browne-Marshall distributed Constitution booklets to all the students and urged them to know what’s in it.

When a student asked about the often-touted Second Amendment, Browne-Marshall answered that all the amendments have limits.

“We have freedom of speech, but does that mean I can say anything, anywhere, about anybody? No. There are some who believe that the Second Amendment shouldn’t have limits, but if that is the case it would be the only amendment without limits.”

Browne-Marshall asked the girls, “At the end of your life, when you meet God and he asks you, ‘what did you do with all the potential I gave you?’ what are you going to say?”

At the closing ceremony, as the girls reflected on what they’d learned this week working with mentors, shadowing successful women at work, attending intense workshops in which they honed life skills and leadership and presentation skills, we heard how they might answer Browne-Marshall’s “pearly gates” question.

One young woman lived on the block in Brooklyn where a black man was recently shot and killed by police. She personally knew him. While attending one of the group protests, she was dressed professionally in preparation for the week’s Dress for Success workshop. Someone from the media approached her, asking if she represented the group.

“I realized it was because of the way I was dressed,” she told the roomful of women. “I learned at the Dress for Success workshop that how you dress makes a huge difference in how you’re perceived.” She also said that since attending the Role Model Program, she is now willing to embrace a leadership role in her community.

Other women spoke of renewed self-esteem and a willingness to be change agents. One, a breastfeeding mother, said she had no safe or private place to express milk on her college campus. She is now going to be the one to demand that such a space be created. 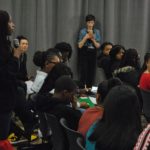 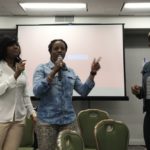