How To Get A Bank Loan For Your Small Business 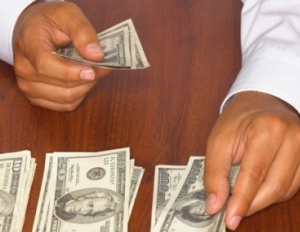 Bank loans continue to be one of the more common ways to finance small business activity. And while some of the uncertainty of the financial crisis continues to linger and with a questionable economy and increased regulation, most banks remain highly conservative with regards to their lending activity. Â However, banks need to lend because that’s how they make money, so it’s not impossible for small business owners to obtain bank financing.

Think banks aren’t lending? The American Bankers Association (ABA) reported in August that banks initiated roughly $1.6 trillion in new lending over the prior 12 months BlackEnterprise.com spoke with DontÃ¡ Wilson, BB&T North Alabama Community Banking President and Bob Seiwert, senior vice president of the ABA. Wilson held several key management functions in retail and commercial banking, having spent most of his banking career leading mergers and acquisitions. Seiwert is in charge of the ABA’s Center for Commercial Lending and Business Banking.

Here’s what advice they have to offer:

Egypt Sherrodâ€™s Give Back Tour Helps Families in Need