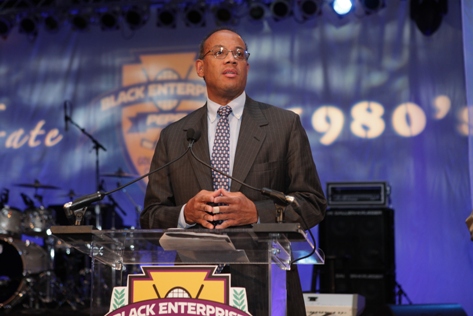 John Rogers and James Bell not only represent two of America’s most astute corporate directors but also serve as unwavering, outspoken advocates for boardroom diversity and inclusion. They represent exemplars among those found on the 2017 BLACK ENTERPRISE Registry of Corporate Directors, which includes 292 board members from the S&P 500.

We revealed that only 60% of companies—303 out of 500—listed on the index (determined by the market capitalization of as of April 28, 2017) had African Americans occupying board seats. Last year, we found 70% of S&P 300 companies, in our 2016 universe used to identify black corporate directors, had African Americans on their boards.

Rogers, chairman and CEO of Ariel Investments L.L.C. (No. 1 on the BE ASSET MANAGERS list with $11 billion in assets under management) and a board member of S&P 500 companies McDonald’s Corp. and Exelon Corp., is co-founder of the annual Black Corporate Directors Conference, which will bring together scores of African American business leaders to focus on their role in corporate governance.

Editor-In-Chief Derek T. Dingle recently held an in-depth Q&A with them on matters ranging from continued racial imbalance on boards to strategies African Americans, from board members to individual investors, can employ to gain parity in corporate America. Here are planks of their call to action derived from that conversation:

Push Suppliers To Embrace Inclusion and Hold Them Accountable

In reviewing the disparity we found in the percentage of black corporate directors in our expanded universe, Rogers concluded that “smaller companies don’t feel the same pressure to diversify their boards.” Bell agreed, citing that although they “don’t feel customer base demands because they’re B2B. Those companies are suppliers to big companies where diversity is a priority. We have to put pressure on the larger companies to make sure that their diversity initiatives flow down to them. If you’re on the board, you have a great opportunity to do that.”

Diversity Comes From the Top

Rogers says internal and external buy-in to diversity comes from the top. As such, CEOs must clearly communicate that top-tier suppliers make board and senior management inclusion a top priority. “When James was the CFO and interim CEO of Boeing, he made sure those suppliers were working with minority businesses,” he asserts. “[Former McDonald’s CEO] Don Thompson would often meet with local suppliers throughout the United States. If he saw that their workforce and boards were not diverse, he reminded them that McDonald’s was an important customer, and the next time he came to visit he was expecting to see a diverse workforce and leadership group.”

Addressing BE‘s question about the continued resistance from tech giants like Amazon, Netflix, and Facebook to appoint black board members, Bell adds: “Either their customer base hasn’t made it a priority or they don’t understand the value of diversity in the organization. If your market is global, most of the people around the world are people of color. All of those companies sell products in the black community so I would think they would want to look like the markets they serve from top to bottom.”

One thrust voiced by leadership of the Black Corporate Directors Conference: Encourage chief executives that value board diversity to promote similar practices throughout corporate America. Asserts Rogers: “I’ve been involved with boards with robust diversity programs, wonderful spending programs, minority professional services companies…just great history. The hope had been that progressive, white CEOs will go to their peers and tell them how successful they’ve been with their diversity efforts, try to bring along others and sort of be an evangelist for diversity and inclusion.”

Recommend Black Directors Based on Courage and Commitment, Not Credentials

Rogers co-founded the Black Corporate Directors Conference 15 years ago to expand  African American presence within corporate governance but discovered too many “weren’t fighting for the civil rights agenda once in the boardroom. Too often, we were just happy to be there. We were uncomfortable making the white leadership uncomfortable. So we sort of sat there and, in effect, gave cover for the status quo to stay the same. We remind people that it takes courage to speak out to make a difference. We have a responsibility.”

Bell challenges African Americans to raise D&I in board deliberations ranging from the overall strategic plan to a major debt offering. “When you’re talking about any aspect of strategy, we should be thinking about inclusion,” he says. “We should think about how we can keep differentiating ourselves from our competition. It should be part of the discussion just like the return on investment.”

Rogers believes demonstration of such commitment should be factored into future recommendations for individuals to take a seat at the table. “When we’re on governance or nominating committees making decisions about prospective board members, we must make sure that individuals have a history of fighting for our community. It’s not enough that they come from a big company, had a nice career path and got the right title. It looks good to the executive recruiter or the CEO,” he says. “They need to be vetted on what they’ve done to make a difference in our community before I’m going to suggest that person goes on the board. That’s really something that we just don’t do enough.”

Such evaluation proves critical, Bell maintains, since no more than one or two African American appointees usually get a shot at serving on a 10- to 12-member body. “If you don’t have one of color that’s speaking up on the right things then you don’t have anybody leading that charge. It’s not just a moral application of it; it makes good business sense.”

Moreover, Rogers says if BE 100s asset managers and other firms demand companies in which they invest “look like America and live up to values they say they care about, they will change. Unfortunately, most money managers talk about profit margins and growth, and what’s happening with the stock price and valuation but not pressing that management team on those issues.” By requiring inclusivity among portfolio companies, his firm Ariel has successfully diversified corporate board and leadership positions.

Bell advocates for diversity programs that produce talent for the corporate governance pipeline. “You have to make sure that we’re getting enough people that have the fundamental requirements to compete to be placed on these boards or considered for them,” he says. “You’re going to always have a gap on these big company boards because we don’t have enough senior executives coming from the large companies. That’s a problem we’ve got to fix.”

Adds Rogers: “It’s a virtuous circle where we have to ask these questions, not only pushing for stronger minority businesses but stronger minority leadership in majority companies, particularly professional services. We can create a whole opportunity set for people of color to join boards in the next generation.”

For our “Power in the Boardroom” package, click here.

For the 2017 B.E. Registry of Corporate Directors, click here. 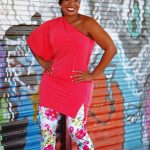 How Her Severance Package Funded Her Real Estate Dreams