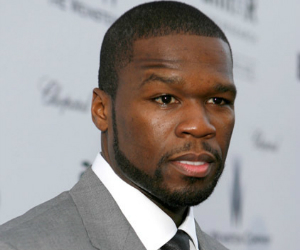 For some people, the hustle doesn’t stop!

Curtis Jackson AKA 50 Cent continues to put his hands in other businesses. The rapper has signed on to produce a movie with boxing legend Lou DiBella about the life of the late Mexican boxer Johnny Tapia, according to a report on AllHipHop.

Tapia, which will delve deep into Tapia’s drug addiction, the murder of his mother and more from his troubled past, is being produced byÂ DiBella’s BK Blu Productions and 50’s Cheetah Vision Films.

As far as why 50 got on the project, 50 says, “His story resonated with me because like Tapia, I too lost my mother to violence and grew up with limited means. It’s a heartfelt story and it was important for me to get involved with bringing this to a broader audience.â€

Is Kevin Durant Signing With Roc Nation Too?