5 Ways to Not Get Your Email Hacked 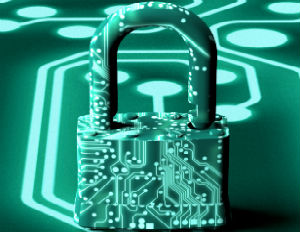 It seems as though email troubles and Hillary Clinton are always in close proximity. After an exhaustive review by the FBI, there has been somewhat of a lull in the controversy over Clinton housing an unsecured email server in her home to conduct national business.

And then a new controversy erupts. Although Clinton is not accused of direct involvement, she and the Democratic Party are under fire for messages obtained by Wikileaks.

The controversy has raised questions about hacking by Russia in collusion with the Trump campaign.

The entire affair is distracting for the Democrats, to state the least. The takeaway here? Don’t let your email get hacked!

Of course, there is no data that is 100% secure. However, there are a few tips to help avoid an email hack:

Many people remain logged into their email. This is particularly so for those accessing through mobile devices. Be sure to log out of email when you are finished using it.

Email servers and cloud services such as Gmail do a pretty good job of catching suspicious messages. However, malicious messages, including those with links to malware sites, do sneak through. Ignore those with vague greetings such as “Hello, friend,â€ offers that seem too good to be true, or from international senders with whom you are unfamiliar.

By now, most of us should know how to create a strong password. A solid password is 8 characters or longer. It should include non-alphanumeric symbols such as “&^%$#!â€ as well as numbers.

Two-factor authentication simply means the system uses two methods to establish your identity to allow you to log in. Gmail, for instance, allows you to set up entering a password and then requires a code sent to your phone that also has to be entered to log into mail.

Most email services such as Outlook.com will also allow you to force yourself to change your password every month.