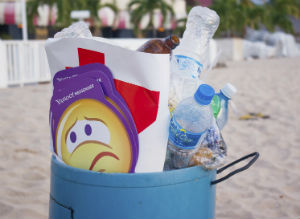 On Monday, Verizon Communications announced it is purchasing Yahoo for $4.8 billion in cash.

Yahoo has been in a downward spiral, struggling in recent years, though it was one of the pioneering Internet company success stories.

After pressure from shareholders, Marissa Mayer was brought in as CEOÂ in 2012.Â She was heralded as the person to inject new lifeblood into the company.

Four years later, Yahoo remains a beleaguered company, left twisting in the winds of rapid technology advancements and in the dust of competitors, such as Facebook.

Here are five key takeaways from the acquisition:

Yahoo’s struggles are the same as many other older Internet companies and media outlets; how to effectively compete with social media platforms and Web 3.0 media outlets, such as Buzzfeed.

2. Since Marissa Meyer’s appointment as CEO, the company has continually suffered losses.Â

During a February 2016 earnings call, the company reported a $4.4 billion loss in the previous quarter. It also revealed it would lay off almost 1700 workers and close five offices worldwide.

3. The purchase only includes Yahoo’s core businesses, not its shares in Alibaba.

The only significant holding of value for Yahoo and its investors, is its 15% stake in Chinese e-commerce company, Alibaba Group Holding Ltd. From Verizon’s press release, the sale does not include cash, shares in Yahoo Japan, convertible notes,”certain minority investments,” and “non-core patents.”

4. Verizon will be one of the largest media conglomerates in existence.

The acquisition of Yahoo along with its purchase of AOL last year means Verizon will own more than 25 brands and have access to 225 million active monthly users.

5. Mayer is expected to receive huge windfall, ifÂ and whenÂ she is let go.

Overcoming the ‘Noâ€™s’ to Find Success