5 Rules For Making Money In Hollywood

Droves of African American directors, producers and screenwriters came to Miami BeachÂ over the past few days to attend the 14th annual American Black Film Festival (ABFF). For filmmakersÂ looking to break into the industry or obtain distribution for their motion picture, ABFF is theÂ place to be. This year, as in previous ones, there were more than a score of screenings, masterÂ classes on filmmaking — one was led by Spike Lee, the godfather of black independent film — and symposiums.

As the summer movie-going season kicks into high gear, year-to-date box-office receipts, fromÂ January t0 June 27, are neck-and-neck: $5.108 billion for 2010, compared with $5.114 billion inÂ 2009. According to Smith, it is too soon to tell whether box office will surpass last year’sÂ record $10.6 billion. Since theatrical releases only account for 25% of a film’s total revenues,Â filmmakers have a number of access points and potential revenue streams such as videoÂ (including DVD), which comprises 40% of sales; television, which makes up 28%; and ancillaryÂ vehicles which accounts for the remaining 7%.

The challenge for black filmmakers has always been gaining access to financing and distributionÂ to fully participate in any industry segment. Panelists at the festival shared theseÂ five rules on how filmmakers can have their vehicles acquired and distributed in Hollywood:

1. Use the festival circuit. During his “starving artistâ€ days, Hardy and his partner, WillÂ Packer, had to flip a coin to see who could attend ABFF to promote their first majorÂ film “Trois.” (Packer won.) Hardy said they used the event to get valuable contacts andÂ financing that led to the thriller becoming the fastest independent African AmericanÂ film to generate $1 million in revenues and build a relationship with Sony/Screen Gems.Â More than a decade later, Hardy and Packer were able to secure a $40 million budget forÂ the soon-to-be released action-packed heist movie, “Takers.” In addition to establishing aÂ network of valuable contacts, panelists maintain, festivals like ABFF attracts studio execsÂ seek film acquisitions.

2. Do your homework. Before pursuing the production and distribution of a movie, Watts-Meraz says, filmmakers must conduct thorough research to identify “all the revenue-generating streams for filmsâ€ and find out whether their vehicle is viable in theatricalÂ release, cable television, pay-per-view (PPV), video- on- demand, straight-to—DVD and digital. Stevenson says filmmakers should “step outside the boxâ€ and create filmsÂ for emerging distribution formats such as 3-D. “There’s a lot of cable systems lookingÂ for those films in much the same manner they were looking for HD a few years back,â€Â he says. Hardy adds: “You have to look at the market and shoot films for a number ofÂ platforms.â€

3. Casting counts. Whether it’s the big screen or straight-to-DVD, content acquisitionÂ execs like names attached to films. Except for documentaries, Watts-Meraz, StevensonÂ and Davis look for productions that are anchored by a solid cast. But how can strugglingÂ independents afford to get a name cast? “You’d be surprised who you can get for a film,â€ assets Davis, who urges independents to consult casting directors. The panelÂ also promoted the concept of “back-end deals,â€ in which big-name talent can be paidÂ if or when the film earns a profit. According to ABFF officials, Idris Elba, festivalÂ ambassador and star of “Takers” and the acclaimed TV series, “The Wire,” not only deferredÂ compensation but made an investment in “Legacy,” a movie about an unstable Black OpsÂ soldier, shown during the festival.

4. Test Your Film. Smith, who presents movies and trailers to test audiences, saysÂ filmmakers should find out an audiences reaction to their vehicle. She says beingÂ armed with such information could be critical to engaging studio executives andÂ potential distributors. Davis adds that another vital part of the research is “knowing theÂ performance of comparables,â€ how films of a similar genre or theme have been receivedÂ by audiences or the dollars those movies produced at the box office or medium in whichÂ it was released.

5. Get buzz. Simply put, Hardy says filmmakers need “a plan to get their movie to theÂ people.â€ Word-of-mouth can make or break a film regardless of how great it may be.Â That’s where social media can serve as a valuable tool in virally promoting a film. (ForÂ example, place a clip on Twitter and soliciting comments). It also pays to engage inÂ some old-fashioned networking. Watts-Meraz recently acquired a new film for herÂ network after viewing the vehicle based on the recommendation of a friend within theÂ entertainment industry. 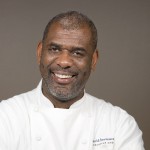 Dining Out at 1300 On Fillmore

How to Combat New Banking Fees