5 Reality Checks You Must Face to Fix Your Finances 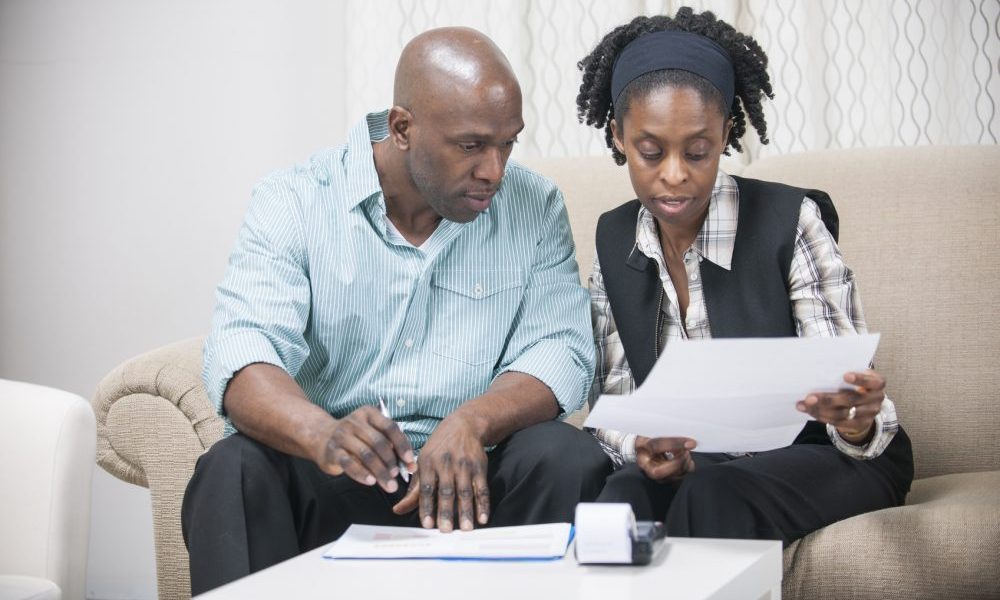 One of the challenges of financial education is trying to get through to people who refuse to believe that water is wet, and think the rules of smart money management do not apply to them.

The problem is not that there’s an exception to every rule, but that people always want to believe that they’re the exception. The result: they fall victim to the same money mistakes over and over again, always hoping that this time will be different. If this is you, or someone you know, here are a few reality checks.

1. Fake it ’til you make it is FOOLERY! Too many of us are living the life celebrated in the hip-hop ditty “Still Fly” by Big Tymers: “Got everything in my mama name, but that’s okay, ’cause I’m still fly.” This “hood rich” mindset says that you need to look rich by any means necessary. This includes doing things that will destroy your finances, such as paying bills late (if at all), abusing credit, overspending and piling up debt, believing that if you look the part, wealth will somehow be magically attracted to you.

(A faith-based variation on this theme, “name it and claim it,” justifies buying things that are clearly beyond your means, like a brand new luxury car, as an act of faith in God, who will miraculously give you the means to pay for it, because you are “blessed and highly favored.” I’m no theologian, but I believe deliberately and unnecessarily overextending yourself financially in order to trigger a divine bailout is testing God in a way the scriptures specifically tell us not to do, as Jesus says in his response to the temptation of Satan in Matthew 4:5-7.)

Reality: Wealth is about delaying gratification, saving and investing, and living within your means. That doesn’t mean you have to look broke, busted and disgusted. But it does mean that you need to live according to a budget, and buy only what fits into it. Don’t drive yourself to the poor house trying to fool others–including yourself–into believing you can have it like that just by looking like you do.

This is one of the most important reality checks you need to accept: Don’t fake it ’til you make it. Focus on making it, so you don’t have to fake it.

2. There is no “secret” way to get rich. You see–and long (lust) for–what other people have. The big house. The fly car. The designer clothes. The perfectly maintained weave. “How did they get so rich?,” you wonder. “What’s their secret?” The answer: There is none. I repeat: There is none.

Reality: There is no secret, magical, miraculous way to get rich quick–wealth building is a marathon, almost never a sprint. Unfortunately, people’s desire to believe otherwise makes them vulnerable to all kinds of financially destructive choices, from falling for misleading sales pitches to being outright scammed by con artists. For the most part, the ways you can get rich boil down to about a dozen or so options, give or take–Ken Fisher identifies ten in his book, The 10 Roads To Riches: The Ways the Wealthy Got There (And How You Can Too!), one of my favorites. All of them require some combination of time, hard work, discipline, focus, sacrifice, self-education and a willingness to accept risk and delay gratification in order to get wealth, and perhaps more importantly, to keep it. None of them are secrets.

Stop looking for the secrets of the wealthy, and begin focusing on their habits and choices, by reading books such as Dennis Kimbro‘s The Wealth Choice: Success Secrets of Black Millionaires, or the classic The Millionaire Next Door: Surprising Secrets of America’s Wealthy by Thomas Stanley and William Danko. Yes, both books have the word “secrets” in their titles. But their point is that the wealthy don’t know things that you don’t know; they do things that you don’t–or won’t–do.

3. What you see is not what you get. What you see: He or she drives a late model foreign luxury car, has an impressive job with a well-known company, wears only the latest designer labels, pops bottles in the VIP at the club and always seems to be traveling abroad. What you don’t see: He or she is living with momma or crashing with friends rent-free, stays over-drawn on their checking account, has a credit score in the low 400s (due to not one, but two bankruptcy filings since graduating from college), and is just one step ahead of the repo man.

If you go by what you see, you’ll do stupid things, like co-sign on a purchase, allow easy access to your credit, lend money, or worse, co-mingle your finances by moving in with and/or marrying them. Then I have to watch you on some nationally syndicated television court show making a fool of yourself trying to get justice–or at least stop damage to your credit and get some money back. Even a great job with a big title says nothing about whether or not a person is living beyond their means, owes back child support or is in trouble with the IRS.

Reality: If you haven’t seen their credit reports, bank statements and other financial documents, you don’t know how financially stable a person is. And if you aren’t close enough to have intimate knowledge of each others’ financial information, you don’t know each other well enough to put your finances at risk. This is especially important advice for those evaluating prospects for dating and romantic relationships. Do not trust what you see. Go by what you know.

4. Income does not equal wealth. When most of us think about improving our financial situations, the first thing we think is that we need a raise, a promotion, a better job, more education–in other words, a bigger paycheck. Put more simply, we believe that income and wealth are the same thing. They’re not. It’s good to get paid as much as you can for the expertise, effort, talent and results you deliver, whatever your profession. However, while people with higher incomes do tend to have more wealth than lower- and middle-income people, the size of our paychecks actually explains only about 30 percent of wealth disparities among households. The rest is primarily determined by two things: savings and investment.

Reality: To improve your finances, you have to commit to spending less than you make, regardless of income, and consistently saving and investing the difference. In other words, you must live below your means, at least temporarily, in order to build wealth. If you literally spend every penny you get, you will not be wealthy, no matter how big your paycheck gets. (For proof, just check for news of the latest bankrupt pro athlete or celebrity.) It’s not just how much you make, but what you do with what you make that determines your wealth and your capacity to build and retain it.

5. You can’t improve your finances without living on a budget. I know you think you can. You want to believe you’re actually doing it right now. But you can’t, no matter how much, or how little, money you have.

Reality: People looking to accumulate and maintain wealth know three things at all times, not in their heads, but on paper and/or their computer:

What their expenses are for the year, for each month and often by the day. They have a plan for their spending, so they know their household costs and obligations like the back of their hand.

Exactly where their money goes. They never look up at the end of the month surprised that they are out of money, wondering where it all went. They understand, to the penny, how their money is spent, and what they spent it on.

Where they want their money to go. They have specific goals for spending, saving and investing their money, and have allocated funds in their budget to achieve them according to a real schedule. For example, good money managers know exactly how long it will be before they pay off that car note–and have a plan to assign that money to another goal when that monthly expense is freed up.

Does budgeting take time? Sure it does. But as the saying goes: Time IS money. You have a choice: invest your time to make money, or waste both.

Most people don’t like to face up to reality checks when it comes to money. But ignoring them could lead to financial nightmares.