5 Black Celebrity Stylists You Should Know 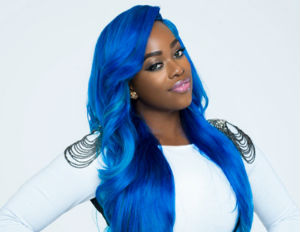 As with music and the latest lingo, fashion is one of popular culture’s many entities heavilyÂ influenced by blackÂ voices.Â We have risen to beÂ someÂ of theÂ art form’s most prominentÂ figures, in the spotlight and behind the scenes.Â Celebrating our innovation and influence, BE High SocietyÂ honorsÂ five blackÂ celebrity stylists who shine just as bright as their superstar clients.Â Get to know them all!

When you hear UGA Biology, Psychology, Pre-Med honors graduate, blue-haired and thigh-high boot wearing celebrity stylist doesn’t exactly come to mind. That is until you’re introduced to the brand that is Olori Swank. Swank took a year off before attending med school and in that time she met “MeMpHiTz,” former V.P. of A & R at Jive Records. He asked her to style a new signee much like she dressed, and from there, the rest is history. The blue-tressed beauty has styled entertainment’s hottest celebs, including T.I, Keyshia Cole, Lance Gross and Teyanna Taylor.