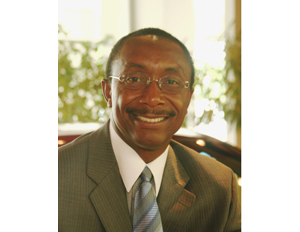 Today we reveal No. 40 in the web series, “Great Moments in Black Business.”

2005: Prestige Automotive makes history as the first black auto dealer to surpass the billion-dollar revenue mark but it would not be the only company to achieve that milestone.

Gregory Jackson had always focused on customer service and sales performance to drive his St. Clair Shores, Michigan-based megadealership Prestige Automotive to zoom past the competition. Launching his first dealership in 1993 using $150,000 in life savings, Jackson’s hard work over a dozen years more than paid off handsomely. In fact, he would make business history. In 2005, he steered the first black-owned auto dealership to surpass $1 billion in sales, achieving the pole position on the then BE AUTO DEALER 100. At the time, his company’s 39% revenue bump from 2003 were derived from new locations—he then had a total of nine outlets—repair services and fleet sales, which made up 60% of his business.

In recognition of his company reaching this 10-figure milestone in what had been characterized as a lackluster business climate for the auto industry, BLACK ENTERPRISE named Prestige Automotive the 2005 Auto Dealer of the Year. At the time, Jackson was in expansion mode as he eyed two additional dealerships and secured a Mercedes-Benz location in suburban Detroit.

This accomplishment proved so significant due to the fact that Prestige was only the fourth black-owned company to ever achieve the billion dollar revenue status. Since legendary financier Reginald F. Lewis completed the 1987 acquisition that produced the standard-setting global food manufacturer TLC Beatrice International Holdings Inc., only information technology giant World Wide Technology Inc. and energy exploration and distribution company CAMAC Holdings Inc. had gained membership in that exclusive club. At one point in the history of the Top 100, it was tough for the collective to break the billion-dollar revenue barrier much less one company.

It seemed fitting that an enterprise in the automotive sector would eventually gain that checkered flag. When the first Top 100 was released in 1973, auto dealers represented 15% of the list that included Al Johnson Cadillac Inc., the first General Motors dealership awarded to an African American. To increase the number of black franchises, GM started a minority dealer development program that year and then the other two members of the Big Three—Ford and Chrysler—followed suit, creating a pipeline of African American dealers.

By 1987, the swelling ranks of black auto franchises dominated the Top 100, representing 53% of the roster’s companies and 41% of collective revenues—roughly $1.3 billion of $3.3 billion. Another factor fueled this growth: The first wave of African American megadealerships. The BE 100s, in fact, evolved in 1988 when the automotive segment became so robust that our editors decided to rank these franchises on a separate listing.

Jackson stayed a billion-dollar dealer for three years until an industry downturn wrecked large numbers of black franchises, among them BE 100s mainstays. The savvy Jackson, however, weathered the storm—marked by the bankruptcies, recapitalizations and dealer network shakeups of GM and Chrysler between the years 2009 to 2011—by restructuring Prestige’s operations and eliminating less profitable fleet sales.

“Progress still does not seem to be coming as quickly as it could or as it should. African American dealers and all minority dealers have to be students of the game,” Jackson told BE, maintaining that his brethren needed to understand the value of evaluating industry statistics and analyzing financials from each department daily.

For example, the lion’s share of Prestige’s profits came from repair services and retail sales, which had margins of 3% to 5%, not voluminous fleet transactions. So as he scaled down to three dealerships, including Mercedes-Benz, Toyota and Scion, during that period, his operations were more profitable. Moreover, he also earned the coveted Mercedes-Benz Best of the Best Award. At the same time, the lifelong entrepreneur, who had interests in Michigan real estate and joint ventures in China, positioned himself for the long haul through such diversification.

By 2011, industrywide tumult had abated while pent-up consumer demand placed new domestic car sales in overdrive. As a result of casualties of the crash caused by the Great Recession, the 2012 BE AUTO DEALERS list had dropped to 60. And lean, mean, and profitable Prestige ranked No. 2 with 2011 revenues of $410 million. It was right behind the new list leader, RLJ McLarty Landers Automotive Holdings L.L.C. with revenues of $1.1 billion.

Since that list, a black auto dealer has retained its membership in the billion-dollar club. 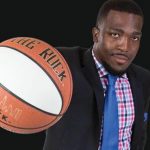 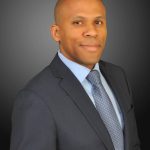