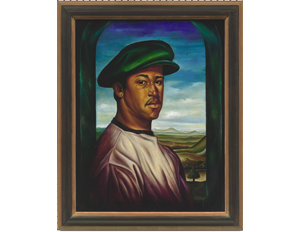 Today we reveal No. 35 in the web series “45 Great Moments in Black Business.”

2012: Ground is broken for the Smithsonian National Museum of African American History & Culture. Among the driving forces are some of the most prominent CEOs among the BE 100s.

“Today, we begin to make manifest on this Mall, on this sacred space, the dreams of many generations who fought for and believe there should be a site in the nation’s capital that will help all Americans remember and honor African American history and culture. But equally important to this vision was the need to make better all who visit the National Museum, by using African American culture as a lens to more clearly understand what it means to be an American.” —Lonnie Bunch III

Those eloquent words were delivered by the founding director of the National Museum of African American History and Culture on a mild February day some five-and-a-half years ago, as he stood at the podium in a stadium-sized tent before an audience of 600 business and political leaders, a group that included President Barack Obama and first lady Michelle Obama. The groundbreaking ceremony for the NMAAHC was a historic moment that took centuries to arrive.

The journey, however, was not over. To complete this global monument to African American struggle and achievement like none other would require constant strategic planning, precise execution, and loads of money—to the tune of $540 billion.

Erecting the NMAAHC, which would open to the public September 2016—fittingly during the tenure of the nation’s first African American president—was an effort that demonstrated what a determined people— black people—could accomplish together. Arguably the largest philanthropic campaign in history driven by African Americans, this effort would not have happened without the inclusion of some of the men and women who run the nation’s largest businesses: The BE 100s.

Collaborative philanthropy has always been a major thrust of the BE 100s. In fact, the activity focused on the NMAAHC demonstrated, in large part, the raison d’etre of this black business leadership: To use their power, influence and wealth to advance our own.

Throughout this process, Bunch came to greatly rely on a five-star advisory council for fundraising support, high-powered connections, strategic counsel and, in some cases, direction in mining the world for artifacts representing, as the director once told BE, the “wide arc of history—slavery, Reconstruction, the Harlem Renaissance, the Great Migrations to the North and West, segregation, the civil rights movement and beyond.”

The National Museum of African American History and Culture’s Top BE 100 Donors:

Founding Donor: The Oprah Winfrey Foundation – Pinnacle Donor ($20 million and above); At a reported $21 million contribution, she represents the largest donor.

According to NMAAHC, in 2013, Winfrey announced a donation of $12 million, bringing total contributions to $13 million at the time. In recognition, the museum’s 350-seat theater was named The Oprah Winfrey Theater, a venue for performers, artists, educators, musicians, and opinion leaders, among others.

Winfrey on donating: “I am deeply appreciative of those who paved the path for me and all who follow in their footsteps. By investing in  this museum, I want to help ensure that we both honor and preserve our culture and history, so that the stories of who we are will live on for generations to come.”

BE 100s Status: Vista Equity Partners (No. 1 on the BE PRIVATE EQUITY FIRMS list with $30 billion in capital under management)

Smith on donating: “We wanted it to be a living, interactive museum where we tell our own stories of ourselves our way,” he told the Washington Post.

BE 100s History: Johnson Publishing Co. Inc., publisher of Ebony and Jet and producer, Fashion Fair; Among 10 largest black companies on Top 100 for 35 years; last appearance: No. 47 on the 2014 then-BE INDUSTRIAL/SERVICE COMPANIES list with $80 million in revenues.

Johnson Rice sat in on President Obama’s remarks at the opening ceremony of the museum.

Johnson Rice on donating: “We want as many African Americans as possible to play a role in the development of this museum. Getting small contributions is just as important as large corporate donations in reaching our goal.”

According to NMAAHC, in 2015, Johnson donated selected artwork from his private Barnett–Aden Collection, including a terracotta sculpture, “Head of the Negro Woman” (1946) by Elizabeth Catlett: paintings from Romare Bearden, “A Walk in Paradise Gardens” (1955); Henry O. Tanner, “Flight Into Egypt,” and Frederick C. Flemister, “Self-Portrait.”

Johnson on contributing: “The artwork I have donated represents pride and dignity and is a celebration of the diverse aspects of African American history, Each piece not only represents the creative genius of the artist but also tells a story and is a tribute to African American art and culture.”

According to NMAAHC in a 2017 release, The Earl W. and Amanda Stafford Center for African American Media Arts (CAAMA) showcases the museum’s dynamic image collection—169 photographs from 80 photographers from the late 1800s to the present. The collection includes a range from a hand-sized card, dated 1864, with an image of Sojourner Truth to a photo showing a group of people linking arms in Baltimore after the killing of Freddie Gray.

Stafford on contributing: “All of us have equity in this museum. Whether someone can give $100 or $1,000, we should not limit contributions by size of wallets.”

BE 100s History: Wright formed DI in 1985 and grew the firm into a tech giant before handing the reins to his son, Russell, in 2002. Three years later, DI acquired black-owned engineering and software services firm SENTEL—a transaction that made DI BE’s 2005 Company of the Year. In 2007, DI was acquired by Honeywell and SENTEL was spun-off, returning to BE 100s status. Its last appearance: No. 47 on the 2016 BE INDUSTRIAL/SERVICE COMPANIES list with $71 million in revenues.

As chairman of the Presidential Commission for the NMAAHC under the George W. Bush administration, Wright was the catalyst for the development of the museum. His panel produced the book, The Time Has Come, which led to the 2003 congressional act that established the institution as part of the Smithsonian Institution.

Brown Capital Management (No. 3 on the BE ASSET MANAGERS list with $8 billion in assets under management)

Mellody Hobson, president of Ariel Investments (No. 1 on the BE ASSET MANAGERS list with $11 billion in assets under management) and husband, Star Wars creator George Lucas 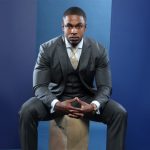 Black Men XCEL: Changing the Narrative of Men of Color 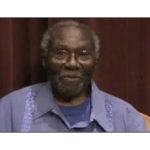