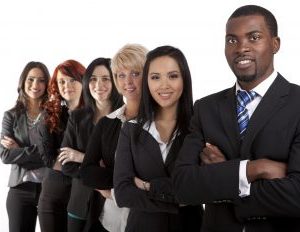 Pitch competitions are one of the best funding sources for entrepreneurs, especially startup founders. 43North is a Buffalo, New York organization that hosts a $5 million business pitch competition is now in its third year. Over 500 companies from across the nation applied this round. The grand prize winner received $1 million, and a first runner-up was awarded $600,000, while six other winners walked away with $500,000 each in investment capital.

Some 30 national venture capitalists and angel investors were on hand to judge a group of 15 semi-finalists and the final 10, offering valuable insight to the finalists, while experiencing Buffalo’s startup ecosystem firsthand, according to 43North Board Chair Bill Maggio. Among the judging pool were African American investors–and Black Enterprise Entrepreneurs Summit alum–Rodney Sampson, founder and CEO at Opportunity HUB in Atlanta, and Erik Moore, founder and managing director ofÂ Base VenturesÂ in San Francisco.

“43North was really designed to light a spark, a startup culture in western New York,â€ executive director John T. Gavigan told Black Enterprise. “It was really an economic development initiative for jobs, wealth creation, and inclusive [business] opportunities.â€ 43North takes its winners on the road to talk to Buffalo public schools. “We’re reaching our student population and planting those seeds that will ultimately lead to the next wave of entrepreneurs here.â€

With the understanding that women and minority entrepreneurs are underrepresented in the startup culture, 43North is pouring a lot of efforts into the MWBE space, adds Gavigan. “We are trying to extend opportunities to a new demographic of our population.â€

43North winners are required to relocate to Buffalo for a minimum of 12 months. They also must grant 43North a 5% equity stake in their companies. Along with funding, winners will receive free incubator space at theÂ Buffalo Niagara Medical Campus, plus support from mentors, and access to a number of business supportÂ opportunities.

PR Firm Gives Employees the Gift that Keeps on Giving

5 Ways to Begin Saving for Your Dream Vacation