4 Simple Tips to Help You Manage Your Money 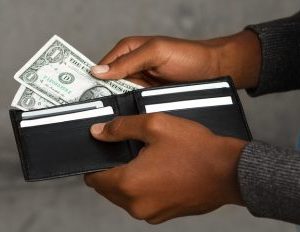 Before traveling on a recent business trip, I got my hair done. Since this was a special occasion, I wanted to look extra nice, so I didn’t go to my regular hair salon. Instead, I went to one that was more upscale.

Unfortunately, the stylist who had done my hair before was booked. She had done an excellent job–my hair came out bouncy, curly, and full of volume. This time, I got another stylist who used way too much heat on my hair, leaving it flat, thin, limp, and lifeless. I lost my curls just standing up.

The price for this upscale ‘do? More than $100–when I usually pay just $35, including tip. I’m normally very careful about my money and generally seek out lower cost options. But, this time, I relearned a lesson I’d learned before: Don’t spend more money for special occasions.

But, this time, I was forced to relearn a lesson I’d learned before: Don’t spend more money for special occasions.

Henry David Thoreau, the famed 19thÂ century essayist, naturalist, and author of Walden, puts it like this, “Beware of all enterprises that require new clothes.” There’s more to the quote, but I’ll leave it there.

For more help with keeping tabs on your money, note these tips below:

For more about money, see the Black Enterprise Money channel.

A Single Woman’s Guide to Buying Her First Home