Things You Won't Learn on Instagram About Founding a Business 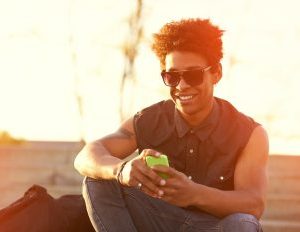 In a world full of Instagram filters, clickbait titles, and carefully crafted copy, it would seem as if running a profitable business is easy as pie. All you have to do is fork over 18 payments of $97 for a guru to tell you the secret to starting a 7-figure business in six months!

The reality is that everything online is created through a filter. No one is going to tell you the difficult parts of running a profitable business, they just show you pictures of themselves working from remote islands.

Granted, there’s nothing inherently wrong with marketing. I do it all the time. I know what my audience likes and I also know what I’m talking about, so naturally I’m going to create content that inspires them. However, I’m part of a rare breed that also shows the difficulties ofÂ running a business

With that being said, here’s what no one is going to tell you about running a profitable business. At least not on Instagram.

Are there stories of people creating 7-figure businesses in a year? Sure. But it’s rare. Additionally, you didn’t see all the work that went into it before that moment.

The reality is running a profitable business is for the long haul. It’s the little actions over time that lead to big success. This brings me to my second point.

It’s not about how quickly you reach success, it’s about how long you stay in the game.

Your success in starting a business is going to depend on longevity, not speed. It’s a marathon, not a sprint.

That’s why you can’t throw in the towel quickly. While there is a point in which maybe you should quit something, it’s not after one client says they don’t like your work. It’s also not after you get your first Twitter troll. And it’s certainly not after you realize it’s going to take longer than you thought to earn some real money.

It’s not as easy as telling your friends about a product you like.

My Facebook feed is full of people posting about lashes, foundation, wraps, leggings, and shakes. Usually, it’s because they joined a company that told them all they have to do is tell their friends about this fabulous product and the checks will come rolling in.

Yeah, that’s not how that works. Not even close.

Not after expenses and taxes, anyway.

There’s a difference between revenue and profit, and many online gurus seem to conveniently forget that. This is why I have respect for people who don’t just tell people how much they’re making in their business, but also how much they are spending.

While there is a lot of misinformation out there about what running a profitable business is actually like, there are also plenty of people who are the real deal. The main thing you’ll want to look for is transparency. If they’ve got that, then pay attention.

What To Do With Your Dollars to Make Real Change