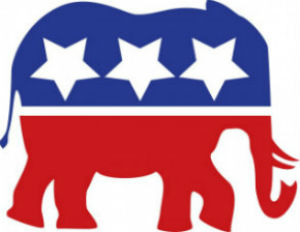 Last night’s Fox News/Google-hosted debate showcased a sort of parallel universe of what could have been if Trump had remained content in his role as a misogynistic, xenophobic, ill-informed reality TV star. Since he decided to become a misogynistic, xenophobic, ill-informed presidential candidate instead, the GOP debates have been a spectacle of finger-pointing, name-calling, and immaturity. Until last night.

The Trump-less debate was testament that the party of Reagan, although bruised and battered, is still alive and ready to fight for true conservative principles.

Although Sen. Marco Rubio emerged as the winner of the actual debate, Megyn Kelly won the night. She was unrelenting, fiercely diving into vague, concluded answers and emerging with proof of their inadequacy. Hate her or love her, she did a phenomenal job last night.

Everybody Hates Cruz
In the absence of Trump, Sen. Ted Cruz took on the mantle of the zealous “tough guy” candidate. Or he tried to. Once the questions regarding Cruz’s legitimacy on issues such as immigration and military spending started piling on, Cruz exhibited his penchant for petulance by threatening to leave the stage. He may have intended this as a joke, but hisÂ  past history of tantrum-throwing (like that time he shut down the government) and the stone-faced reactions of the moderators negated any humor.

His whiny performance, coupled with his reiteration of his opposition to ethanol (which is a huge source of revenue for many Iowans) made Cruz a target for his rival candidates, who did not hesitate to pounce on the self-branded “anti-establishment” Texas senator.

Revenge of the Low-Pollers
The other candidates took full advantage of Trump’s absence, using the extra talking time as an opportunity to flesh out their policy stances in front of a national prime-time audience. Jeb Bush was clearly more relaxed, as he was able to get his points in without having to worry about lobbing awkward, ill-timed attacks at Trump to satisfy his increasingly nervous donor base. Rand Paul made a return to the main stage and jumped on every chance to highlight his unique brand of libertarian conservatism, which we’ll talk about later. Kasich also turned in a much-improved performance, oftentimes sounding like the only adult on a stage of children clamoring for some sort of “tough guy” title. The Ohio governor looked like he was actually enjoying himself during some parts of the debate, providing a pleasant reprieve from Christie’s ever-present scowl.

The Audience Wanted You to Stand With Rand
Rand Paul’s supporters are notorious for their rabid devotion to the Kentucky senator and last night was no exception. Paul repeatedly earned raucous applause for his answers, clearly annoying his fellow candidates. Perhaps this applause was a catalyst for the return of the Paul of yesteryear, the firebrand libertarian who wasn’t afraid to take hits that his conservative counterparts have steadfastly avoided. When asked about Ferguson, Paul rattled off statistics regarding the racial inequality plaguing the city’s criminal justice system. He didn’t stop there, going on to point out the destructive effects the war on drugs has had on blacks nationwide. Citing that “drug use is about equal between white and black, but our prisons–three out of four people in prison are black or brown,” Paul made the argument that “something has to change.”

The One Flint Question
The tragedy unfolding in Flint has captivated the nation for weeks now, but apparently the moderators thought one question and one answer from one candidate was sufficient. It wasn’t. While Kasich delivered a hopeful, rousing answer, reminding his fellow politicians that they, in fact, serve the people, it wasn’t enough. Kasich declined to condemn his fellow Governor, Rick Snyder, but the question of accountability should have been addressed by each candidate on that stage. We heard all about how they would “carpet bomb” our enemies into extinction and make Hillary Clinton rot in a jail cell, but we did not hear enough about what they would do when American children are being poisoned and denied the basic human right of water.