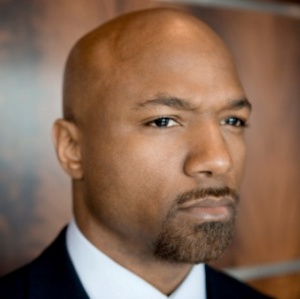 Making the right business decisions is more important now than ever. With the prevalence of technology and competition growing fiercer by the minute, it’s also critical that the right decisions are arrived at lightning speed. Even mega-corporations now strive to function as quickly and nimbly as their smaller counterparts as global competitive pressures force them into the fast lane.

In “Think Fast: Accurate Decision-Making, Problem-Solving and Planning in Minutes a Day,â€ author Guy A. Hale, details a system in which he says will help management teams arrive at the best decisions in a timely manner.Â  “It’s got to be made on the go, at night or when people have the spare time,â€ says Hale, chairman and CEO of Alamo Learning Systems, a management consulting and training firm. “So, you’ve really got to think on the fly and that’s what we’ve tried to address in the book.â€

Hale offers the following advice that he says will help decision-makers choose the best course of action in as little time as possible:

Figure things out. First, figure out what happened in the past that caused the situation to be what it is today.Â  Using cause analysis, you first look at the differences between who or what has the problem rather than who or what doesn’t have the problem. Many times this will give you the cause. For example, if you are out to dinner with friends, one gets sick. Was there any difference between what that person ate and all the rest? If there is say that person ate sea food and all the rest had steak or chicken, you may have the cause right here. Next thing you do to get to the root cause is ask the chef if there was any difference between the sea food last night and all the other times they serve sea food. If he says it came from a different source yesterday because the old one was not delivering for some reason. You probably have the root cause.

Take action. Once you find cause, you obviously have to do something about it. If done properly, this will force all the people in the group to focus on one step at a time. Without process, people will jump all over the place without discipline. The issue many of our elected officials have that causes all the public frustration is that each politician has a different goal, therefore all have their own favorite solution. If we could get all to agree on the same goal like ‘doing what is best for the American people,’ then the rest is easy.

Think ahead. Once you’ve made the decision, you begin a plan analysis and project ahead to see if the decision is likely to work, recognizing that ultimately something will go different from what you expected. Essentially, think about what would most likely happen as a result of each plan on the table. You either want to take facilitative action if it’s a potential opportunity, or if it’s a potential problem, you want to take contingent action to make sure that your plan is not ruined.

Consider Murphy’s Law. Think of how you can take action to prevent things from going wrong while recognizing that some things will not go according to plan.Â  Have a contingent or back-up plan in the event that something does go wrong so you can bring in plan B as soon as possible. According to Hale, it doesn’t matter how many are involved as long as you follow the process step by step. “Actually the more the better decision you will have because you have more people buying in to the solution. Quantity of those involved can be managed easily,â€ he says.

Google Plus: How to Navigate the New Social Network