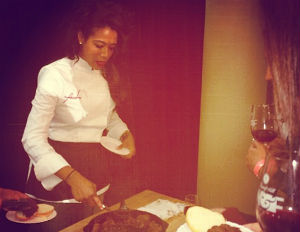 Do you have two or more jobs or a passion project as a side hustle? If so, you’re not alone.

In case you haven’t noticed, even the most successful celebrities are juggling multiple jobs to diversify their revenue streams. The days of celebrities generating an income solely based on one gig are long gone. Sure, we all know celebrities are used by companies to generate buzz. But in recent years, celebrities have taken on a more hands-on role, creating their own companies and using clever marketing opportunities to build an audience and sell a product or service.

Thanks to social media platforms such as Twitter and Instagram, celebrities can engage directly with their fans. No longer are they limited to feedback from magazine articles or TV interviews. They can determine their needs and wants and quickly develop a product or service for a specific audience. So, now more than ever, they are more empowered to create their own lanes. From food and fashion to design and technology, here are some of our favorite multi-passionate celebrities:

Laila Ali: The youngest daughter of the legendary Muhammad Ali, Laila Ali began boxing when she was 18 years old. She is not only a retired, undefeated, four-time world champion boxer, she is a wife, mother, brand ambassador, and owner of several businesses.

In addition to lending her support to several health and wellness initiatives such as
Subway’s Fresh Fit for Kid’s campaign and the “Got Milkâ€ marketing campaign, Laila wrote Reach, aÂ motivational book, and teamed up with legendary boxer Sugar Ray Leonard to create a series of lightweight and heavyweight workout videos.

She’s also produced a line of beauty and personal care products including Â hair dryers, curling irons, and straighteners that are available at online retailers such as Amazon.com and in stores such as Walmart. And you can catch her hosting the CBS TV show All In With Laila Ali for which “she scours the globe to track down the world’s most compelling stories, profiling inspirational people, showcasing groundbreaking achievements and extraordinary stories.â€

KelisÂ Rogers: Best known for her hit song “Milkshake,” Kelis Rogers is a spunky and soulful songstress with business roots in both food and music. In between touring in Europe and Asia she completed cooking school, started a line of sauces, and landed her own cooking show. Most recently, she creatively integrated her love for the culinary world into her latest album, “Food,â€ which includes a long track list of delicious food analogies such as the single “Jerk Ribs.”

Venus Williams: AÂ celebrated tennis legend and interior designer with her own design firm, V Starr Interiors, Venus Williams has a client list that includes celebrities and professional athletes. “No matter who you are or what you do, you have to be good at it. You have to have the right team. You have to start at the bottom,” Venus said in an interview with the Washington Post. Her latest passion project is using her creativity and skill to determine the look and feel for the renovation of the Southeast Tennis and Learning Center, an after-school tennis, arts, and academic program for children in Washington, D.C.’s Ward 8.

Although Williams is fully engaged in the world of tennis, her firm manages both residential and commercial projects and employs four full-time professional designers.

William James Adams Jr.: Better known as Will.i.am, is one of the most prolific artists in the music and entertainment industry. As a founding member of the band Black Eyed Peas, he’s produced music for Michael Jackson, Rihanna, Usher, Nicki Minaj, Britney Spears, David Guetta, and film composer Hans Zimmer.

Beyond his passion for music, the seven-time Grammy Award winner is an innovator in the areas of technology, philanthropy. and education. As director of creative innovation for Intel, will.i.am conceptualizes the next frontier of interactive technology by acting as an idea generator. HeÂ recently released his own “smart cuff” called the Puls, a voice-controlled smartwatch that has Instagram and Facebook; as well as photo, e-mail, contacts, call, texting, calculator, music, and fitness functions.